We Give Up! Government Spending And Deficits Soar Pretty Much Everywhere - John Rubino (1/12/2017) 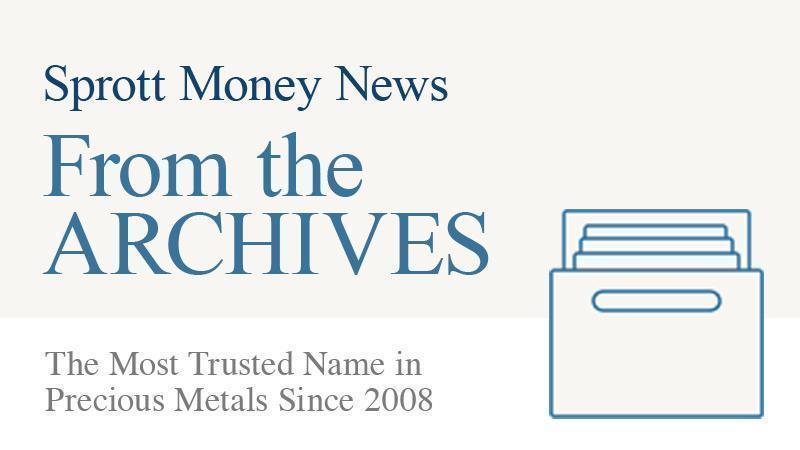 A recurring pattern of the past few decades involves governments promising to limit their borrowing, only to discover that hardly anyone cares. So target dates slip, bonds are issued, and the debts keep rising.

This time around the timing is especially notable, since eight years of global growth ought to be producing tax revenues sufficient to at least moderate the tide of red ink. But apparently not.

In Japan, for instance, government debt is now 250% of GDP, a figure which economists from, say, the 1990s, would have thought impossible.

Over the past decade the country’s leaders have proposed a series of plans for balancing the budget, and actually did manage to shrink debt/GDP slightly in 2016.

But now they seem to have given up, and are looking for excuses to keep spending:

(Hellenic Shipping News) – Japan’s government is set to compile an extra budget worth around 2.7-2.9 trillion yen ($24-26 billion) for the fiscal year to March 2018, with additional bond issuance of around 1 trillion yen to help fund the spending, government sources told Reuters. Following October’s big election win, Prime Minister Shinzo Abe’s cabinet has made plans to beef up childcare support, boost productivity at small and medium-sized companies, and strengthen competitiveness of the farm, fishery and forestry industries.

Britain in the red until 2031: Bid to balance the books pushed back yet again

(Daily Mail) – Philip Hammond’s ambition to get Britain’s finances back into the black receded further last night – as the Treasury watchdog said he would struggle to eliminate the deficit before 2031. The Chancellor had promised to balance the books by 2025. The target has been pushed back twice already, after George Osborne’s pledge in his 2010 Budget to balance the books ‘within five years’, before he revised the figure to 2020.

In its assessment to accompany the Budget, the Office for Budget Responsibility said it was now ‘unlikely’ that the Chancellor would balance the books by 2025 as he had hoped.

It said the Government was on course to wipe out the deficit in 2030-31, 30 years after the country was last in surplus.

That would be the longest period of consecutive deficits on record – eclipsing the 25-year borrowing binge between 1793 and 1817 that included the Napoleonic Wars.

In the US, “tax reform” – the alteration of the tax code to make it simpler and more fair – has morphed into tax cutting, which is of course a lot easier:

Donald Trump is going to build a big, beautiful deficit and rely on China to help pay for it

(Washinton Post) – Assuming they pass, Republican tax plans are forecast to increase the federal debt by about $1.3 trillion to $1.6 trillion over the coming decade, though scoring and specifics vary. This is the same debt that, campaigning in Ohio, Trump called “a weight around the future of every young person in this country.” But now that it’s time to pass a tax plan that nonpartisan observers agree will require deficit spending, Republicans are on board with growing the federal debt. Large-scale borrowing will help make up the gap in lower tax revenue while avoiding some painful cuts to government programs.

To cover that shortfall, Trump’s government and its successors will be issuing additional Treasury bonds for decades to come, with Eric Toder, co-director of the Tax Policy Center, posting that one version of the bill would grow the debt as a share of the economy by 10.1 percentage points by 2037. About half of those bonds will end up being held abroad, according to Joseph Gagnon, senior fellow at the Peterson Institute for International Economics.

Treasury data compiled by the St. Louis Fed shows that foreign central banks, investors and corporations already own $6.17 trillion in Treasury bonds in the second quarter, compared with $5.73 trillion for private domestic investors. More than a third of those international investors are based in two countries: China and Japan.

China, meanwhile, is taking a different path. Instead of financing big government deficits by issuing bonds, Beijing borrows relatively little but encourages its businesses, local governments and “state-owned companies” to borrow like crazy. So its total debt is soaring:

(Asia Times) – A Reuters analysis of more than 2,000 China-listed firms showed total debt at the end of September jumping by 23% from a year ago, according to a report Sunday. The increase, which comes amid an ongoing deleveraging campaign, represented the fastest pace of growth since 2013. The analysis shows the degree to which de-risking and deleveraging efforts have been concentrated within financial sector so far, with real estate and industrial sectors leading the way in debt growth.

According to the report, debt servicing costs have accounted for close to a quarter of state-owned companies’ revenue. That ratio rose to 27% in the second quarter before falling to just below 25% in the third quarter on increased revenue.

To put the above in visual terms, here’s an infographic from Howmuch.com that shows per-capita government debt for the world’s major countries. Note that a Japanese family of five’s share of its government’s debt is close to $450,000 while in the US a similar family owes $300,000. That’s in addition to their mortgages, car loans, credit cards, etc.

Obviously debts of this magnitude can’t and therefore won’t be repaid. Which means the coming decade will be defined by how — and how quickly — we end up defaulting.