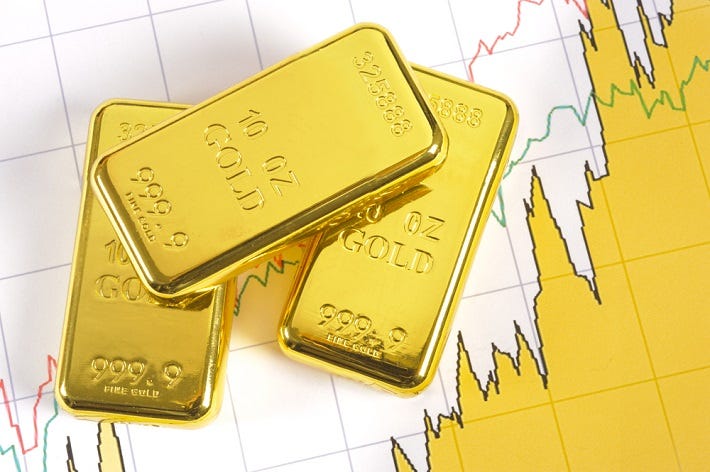 Those of you who voted for Trump as a vote not to elect Hillary have ended up with “Hillary.” Those of you who voted for Hillary, and thought you lost, have wound up in many respects with a surrogate for Hillary. It took less than 12 weeks since the inauguration for Trump to adopt the stance of a true Washington politician. This is where the “elected” official pivots away from the public interest and toward the interests of the Deep State: Big oil, big defense, big healthcare and, of course, Too Big To Fail Wall Street. Congratulations Donald. You’ve passed the Beltway Test. Welcome to “The Club.”

Of course, you were “blind” if you didn’t think this would happen once Trump took office and let Hillary and her gang of criminals and the Clinton Foundation off the hook after threatening her with prison during the election debates.

Anti-gold apologists will attribute the remarkable move higher in the price of gold this week to the heightened geopolitical tensions between Russia and the U.S. over Syria plus the North Korea situation. While this might have had some influence on the price move in gold, the primary drivers are economic, financial and structural.

By “structural” we mean the quiet implementation of digital gold accumulation system between Shanghai, Dubai and Europe. In China, this system will let the public buy a “digital” form of gold in tiny increments and go into any bank and take possession of that gold. Rory Hall has presented two important interviews on this topic on The Daily Coin that merit attention on this topic: Gold, China, Trump and Economic Collapse, with Ken Shortgen, and China Moves 30% More Funds Into Physical Gold, with Jeff Brown.

While geopolitical and economic factors are pushing the price of gold higher, the extreme dislocation between the western Central Bank short position in gold via several different forms of paper gold and the amount of available physical gold to deliver into buyers’ hands is going to move gold in a way that will shock and awe everyone except maybe the hardiest gold “bugs.” The two interviews posted above will help explain why.

Finally, as we presented here after Trump was elected, a newly implemented weak dollar policy will springboard the price of gold higher, which is what we witnessed yesterday after Trump affirmed that his administration favors taking the dollar lower in an inevitably failed attempt to revive the competitiveness of U.S. exports. The Shadow of Truth explores these issues in more detail in today’s episode: