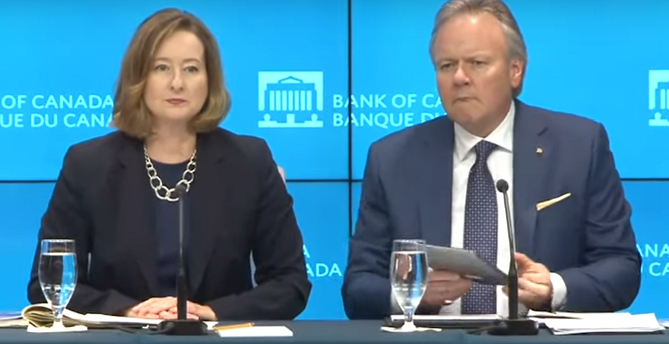 The Bank of Canada’s recent appointment of Toni Gravelle to its governing council drew barely a yawn from mainstream media.

Gravelle has all the usual qualifications for membership on the prestigious body, which broadly determines interest rates, asset valuations, and consumer prices.

The Bank of Canada’s latest recruit brings to the table international experience and a Ph.D. from the University of Western Ontario, which has been producing many of the country’s top economists.

Bill Morneau, Canada’s Minister of Finance, and the CEOs of the Royal Bank of Canada and BMO could also be described as members of the “Western Mafia.”

A small town in Western Ontario

How the University of Western Ontario—which is located in a small town in the middle of nowhere—came to be so successful is far from clear.

Western’s Ivey Business School has long had a great reputation.

However, the only private sector innovation to speak of in the region that could spark an incubator talent effect appears to come from an armored vehicle factory, an insurance provider, and a couple of small tech firms.

Indeed, what the elites would regard as the University of Western Ontario’s economics department’s “success” appears to stem directly from what Misesian free market economists would regard as its failures.

Western, like peers Harvard University and the London School of Economics, specializes in cranking out experts who can demonstrate why governments can spend your money better than you.

That research is increasingly valuable.

A licence for unlimited borrowing, spending, and printing

However, five decades of increasing government dominance in the economy have proved to be a disaster:

Governments—ever hungry for more power—are starved for econometric models that “demonstrate” how previous setbacks were caused by free market “failures” and how just a bit more intervention will set things right.

Graduates of elite economics programs, who aren’t exposed to compulsory courses in economics history , are thus uniquely suited to produce such models, as their narrow focus enables them to ignore “externalities.”

The growing dominance of elite economists has spawned another problem: the “group think” that dominates public policy circles.

One example illustrates the point.

The two parties to the “inflation targeting agreement” that the Bank of Canada negotiates every five years with the Finance Ministry—Finance Minister Bill Morneau and Stephen Poloz—are both graduates of the dirigisme taught at the University of Western Ontario.

It is thus only natural that they decided to maintain the ban on free currency markets and to continue government controls on interest rates, money supply, and consumer prices.

The example illustrates that without diversity in Canadian government institutions—particularly openness to new ideas about credit cycle theory, sound money, and the economic calculation problem—things are unlikely to change.

A final interesting point relates to whether Governor Stephen Poloz is using his influence to pack the Bank of Canada’s governing council—and possibly internal posts as well—with members of the Western Mafia.

The Bank of Canada’s ban on Alt-Media from its public events and policy conferences , where discrete inquiries could be made, makes it hard to say.

Just as important: was Poloz’s decision to ban Alt-Media spurred by a desire to cover up his growing cronyism at the central bank?

For investors, those details are moot.

Their focus will be on preserving capital in an environment in which governments, special interest groups, and other insiders milk the system dry.

K wiebe
Reply
Thank you. This article was a breath of fresh air.
Reply

Steve Bull
Reply
A tad too much hyperbole for someone who hails from London and went to Western. London is neither a small town, with close to 400,000 residents, nor in the middle of nowhere, sitting along Canada's busiest highway and in between Toronto and Detroit. As for lack of private sector business 'innovation', London has been home to some of Canada's largest businesses (Labatt Brewery, Attic Books, Silverwood Dairy, The Pop Shoppe, Voices.com, Goodlife Fitness, etc.).
Reply

jungkraut@yahoo.com
Reply
Well spoken. It amazes me how our governor of the bank of Canada gets up and says about how personal debt has never been this high before. Why is it so high, Duh just maybe it might because of him and his central bank cronies manipulating interest rates at record lows for such a very long time, encouraging people to spend and borrow more and go further in debt. Another problem he and his cronies are creating are that a lot of the pensions are having a very hard time meeting their payout commitments because of record low interests. It always amazes me how such highly educated people are so dense and have such lack in common sense. They're probably very well paid also.
Reply
Leave a Comment