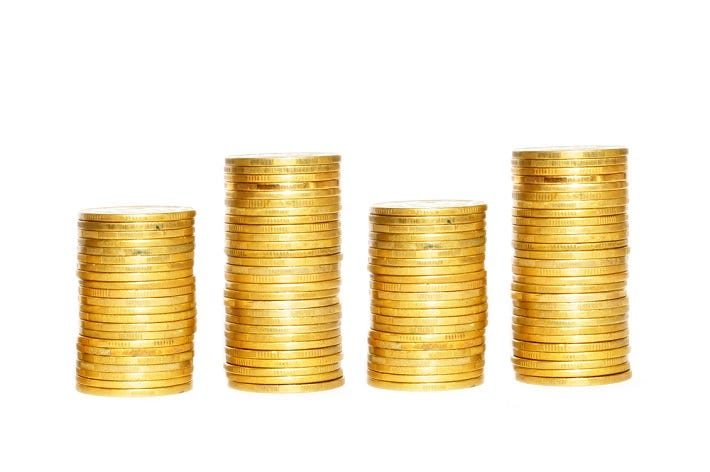 Last week, we discussed our outlook for 2019 and the factors that will soon drive price to multi-year highs, and eventually, new all-time highs. This week, let's take stock of the current situation and attempt to discern the direction of price in the near term.

If you missed last week's column, you should be sure to read it now. The months ahead will unfold in a manner eerily reminiscent of the year 2010. Thus, a history lesson regarding the events of 2010-2011 might prove quite helpful:

We are confident that history will soon repeat, and this will cause COMEX precious metals price to rally. In the near term, however, prices may trade sideways while we await clear guidance from The Fed regarding the cessation of their Quantitative Tightening and Fed Funds rate hike policies.

As we exited 2018, COMEX gold had already posted a strong rally off of the lows seen in early November. From a low of $1202 that was posted on November 13, COMEX gold rallied $79 (or 6.5%) to finish the year at $1281. It has since traded sideways, however, and this has led many analysts to claim that another move down to new lows is just around the corner.

This type of analysis is wrong on so many levels, it's nearly impossible to refute in the space of one post. However, on balance the same analysts who claimed that gold was rising merely on safe haven demand in Q4 of last year are the ones now expecting a quick fall in 2019.

Let's be perfectly clear. While safe haven demand played a small role in gold's November-December rally, other factors had a far more significant impact. What factors are those?

But most importantly, the investment world is slowly awakening to the fact that the current Fed policy of QT and fed funds rate hikes is about to come to an end. The U.S. economy is demonstrably slowing, and this, when combined with a nearly unprecedented level of political risk in Washington, will soon cause a reversal by The Fed.

As recently as last November, sell-side economists were still projecting a total of FOUR fed funds rate hikes in 2019. Now, just two months later, the consensus is that The Fed MIGHT hike in March, and IF they do, then that will be it. In fact, expectations have begun to shift toward a fed funds rate CUT as soon as September or December! THIS is why gold has rallied, and THIS is why it will continue to rally—though, of course, never in a straight upward trajectory.

In fact, we're already fighting through our first battle with The Bullion Banks. In order to control and restrain this initial rally, The Banks that serve as "market makers" on COMEX have created 59,000 new COMEX gold contracts since the first of the year. That's an increase of 13%— or stated differently, The Banks have diluted the supply (or float) of contracts by 13%. Diluting the float of available contracts on COMEX has the same impact as a dilution of the float of an equity on the NYSE. More available contracts or shares leads to flat or lower prices. This is Econ 101: an increase of supply that's not met with a similar increase in demand will lead to a lower price every time.

(And as an aside, when The Banks create 59,000 new contracts, how much new digital "gold" have they fabricated? One COMEX contract is said to represent 100 digital ounces. Therefore, 59,000 contracts represents 5,900,000 ounces. That's about 183 METRIC TONNES!)

The impact of this dilution can be easily seen on the daily price chart. From those lows on November 13, prices have risen steadily... steadily, that is, until the calendar flipped to January. Since the new year began and price moved through the 200-day moving average, The Banks have begun the full court press of contract supply dilution.

And short-term sentiment began to change in early January, too, when the U.S. employment report was released on January 4. The surprise of 312,000 "new jobs" served to put all rate cut hopes on hold, and now the market is back to expecting one last fed funds rate hike in March.

Regardless of whether or not The Fed hikes again in March, gold prices will continue to rise as we go through 2019. And there is one last detail you might want to watch as the month of January draws to a close.

By late this month, two things will happen simultaneously that could renew a steady bid for COMEX gold exposure:

1. The will be an "in-between" FOMC meeting on the 29th and 30th. Though this will not be a "live" meeting where rate hikes are discussed, the statements from the meeting will be parsed for clues relating to the meeting scheduled for March.

2. The current front month Feb19 contract will experience the "golden cross" of its 50-day moving average slicing up and through its 200-day. This long-valued technical signal will likely catch the eye of many hedge fund managers. See below:

In summary, though nefarious Bank activity and unexpected economic news have combined to stifle the initial rally, nothing has occurred that would cause us to temper our expectations for a great 2019. This year will see political strife, economic uncertainty, and a change in Fed policy. These three items will combine to create robust demand for gold in all its forms, and this will lead to the best price gains we've seen since 2010.