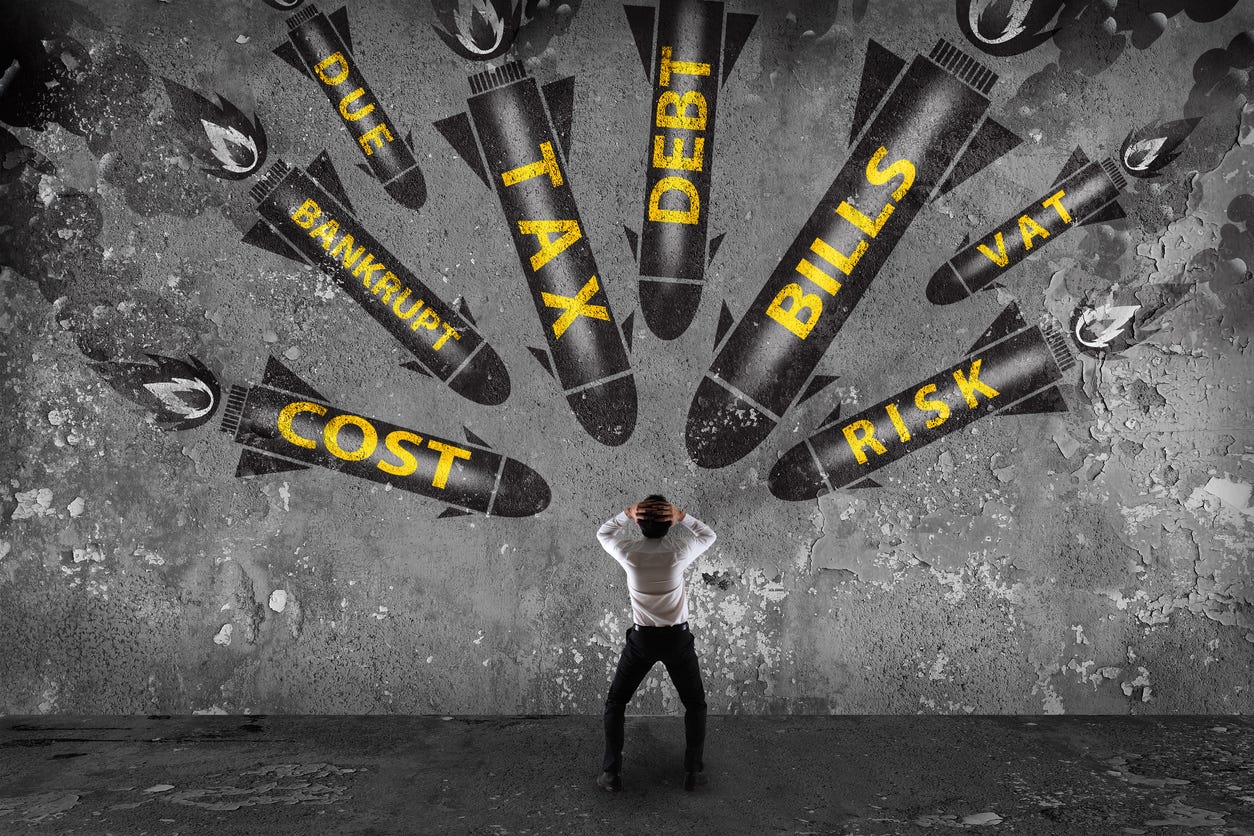 Central bankers and governments around the world are attempting to stem the economic disaster resulting from lock-downs caused by the Coronavirus outbreak, which to this date has brought about one of the most prolific expansions of debt the world has ever seen.

Individual countries have engaged in such money expansions in the past, most notably when they are circling down the drain towards economic ruin. However, never before have we seen the entire world engage in a massive fiat money-printing fiesta all at once in such a voracious manner.

Even though this may be the correct course of action to help stop the spread of COVID-19, it will come with dire consequences down the road in the form of wealth destruction on a monstrous scale for those who do not prepare accordingly and protect themselves from the coming fallout.

The day of this collapse is unknown, as it will take some time for the historic fiat money expansion to work its way through the system. At the current time of writing, spending across the globe has taken a massive nosedive due to people losing significant income and not being able to engage in everyday normal life activities.

This, however, will eventually change and life will return to normal, even if it is a "new normal”. Spending will resume, life will go on, and sadly the debt that was accumulated by so many countries around the world will remain like a bad scar reminding us of this crisis.

A Debt Bomb is Being Set, But When Will it Go Off?

Unfortunately, the grim reality is that we are—at the very least— months away from this crisis being over, as most medical experts now agree that we are almost certainly guaranteed to have a second wave in the fall of this year.

This means that countries will be forced to engage in more Quantitative Easing, more money printing, and more debt accumulation.

The above image shows the current estimated world debt level of governments. What is truly scary is that if you click that image above, it will take you to the updated numbers, which are drastically increasing with each and every passing second—meaning that the picture you see above is already horribly out of date.

The most indebted of these countries is Japan, with approximately $9,814,408,995,324 USD worth of debt. However, they are far from alone, with the following countries suffering from the worst debt to GDP levels:

In addition to this, the longer this crisis goes on in its current form, the longer a large percentage of the population will be forced out of work, living off the meager handouts that government officials throw at them, which is often barely enough to get by.

Compounding the problem is the fact that shortages will become increasingly more commonplace the longer this situation remains, with food shortages in many industries already happening as we speak.

Both American and Canadian meat processing facilities are reporting issues and are warning of coming shortages, as are farmers on both sides of the border.

"It’s hard, after all, to protect workers from a highly contagious virus in the frequently tight quarters of a processing plant. At least 20 meatpackers have already died from COVID-19, and more than 5,000 have been hospitalized or are showing symptoms, according to labor union United Food and Commercial Workers."

This is going to cause a chain reaction in the food industry, resulting in higher prices down the line at the same time people are suffering financially, a true double whammy on the pocket book.

Numerous other sectors of the economy are also reporting issues within the supply chain that will affect prices in the short to medium term.

This is going to force individuals to either dip into their savings (which many North Americans have little of), or more than likely head deeper into debt, just as their government officials are doing the same.

A debt bomb of epic proportions is thus being set, and it is only going to grow more explosive as time goes on. The question is, when does it go off and are you going to be prepared when it does?