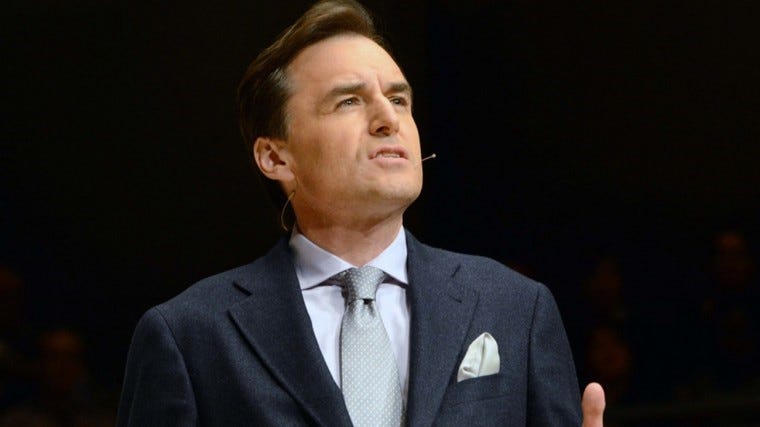 “More and more fellow citizens have come to believe that the system no longer works,” notes Rudyard Griffiths , host and organizer of the Munk Debate series, which provides Canadians with opportunities to reflect on key issues.

“They believe that capitalism is poisoning the planet,” says Griffiths. “They worry about how capitalism is concentrating the power in the hands of wealthy elites.”

The questions raised in the debate, which was broadcast on CPAC, were good. However, the scope was limited by the ghost of what we call the “ Krugman Consensus .”

This body of global economic thought, led by New York Times columnist and Nobel laureate Paul Krugman, broadly argues that government management of the economy generates “the greatest good for the greatest number of people.”

Indeed the panelists all tacitly accepted this misguided approach, which has justified continued growth in government spending, taxation, and debt financing at a pace that is faster than economic growth for the past three decades.

The result was an incomplete performance, which left key issues off the table.

“Capitalism’s main problem is with itself,” says Varoufakis. “It is undermining humanity’s capacity to share prosperity. We have the highest level of savings in history and the lowest level of investment into things that are necessary for human dignity.”

Holding a debate about capitalism … without inviting any capitalists?

Holding a debate about capitalism without inviting any actual capitalists seems odd.

Mark Skousen, Martin Armstrong, Jeff Deist, or any number of Misesian or Austrian economics scholars would have made the obvious point: governments dominate the commanding heights of the global economy.

Put bluntly: there is hardly a single free market left in the western world.

Worse, contrary to its lofty goals, the Krugman Consensus appears to be generating the greatest amount of good for the greatest number of elites (not the ordinary folk it claims to champion).

Governments, the big banks, and car companies were all bailed out after the last financial crisis.

If capitalism existed in Canada, those institutions would have been wiped out in their current form and replaced by more efficient bodies.

Indeed government bailouts of the gas-guzzling automotive sector, coupled with secret subsidies provided by suppressed interest rates, likely held back development of the electric car industry by nearly a decade.

Indeed the audience voted down the debate resolution, which stated that while capitalism was broken, it was time to try something new.

Maximum misery for the greatest number of ordinary folk

However, the tragic effects of the Krugman Consensus could be seen most clearly on Arthur Brooks, arguably the brightest debater on the stage.

Brooks, a former musician and head of the American Enterprise Institute, argued that globalization, free trade, property rights, the rule of law, and culture of entrepreneurship “pulled two billion people out of poverty.”

That is only partly true.

In truth most were trickle-down beneficiaries of $200 trillion worth of public sector, business, and household borrowing and spending.

One day, sooner rather than later, those debts will need to be repaid.

When that happens, many of those two billion people will be pushed right back where they came from.

Indeed the legacy of the Krugman Consensus is that it might end up creating “maximum misery for the greatest number of people.”

None of the presenters on the Munk Debate stage pointed any of this out.

Which suggests that you can’t have an effective debate about capitalism … without inviting capitalists.