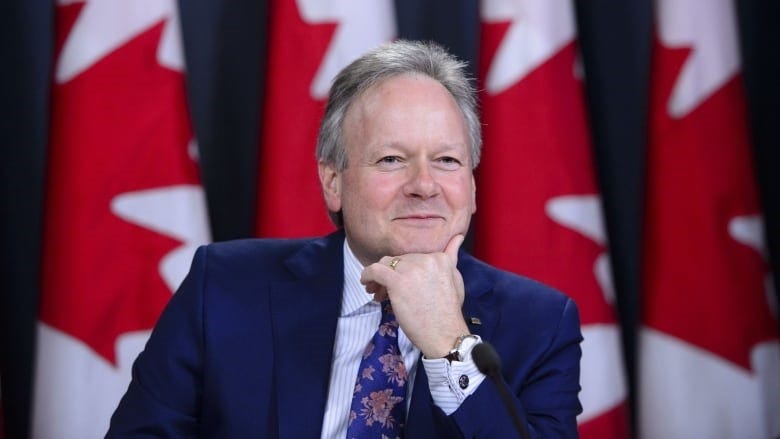 The spike in U.S. repo rates to more than 10% in late September drew barely a yawn from mainstream media.

The repo market, where troubled banks* lend each other short-term cash, is technical.

Furthermore, U.S. government-appointed officials** quickly jumped in and forced interest rates back down to the Federal Reserve’s then 2% - 2.25% range.

The episode, which suggests interest rates in the repo market are being supressed by at least 8%, sheds important light on the scale of government interventions in financial markets.

U.S. repo rates—due to the dollar’s reserve currency status—influence all other interest rates throughout the yield curve around the world.

Here in Canada, the implications are staggering.

If interest rate suppression, which is coordinated by Bank of Canada Governor Stephen Poloz, amounts to eight percentage points (8%) across the yield curve, that implies $664 billion*** is being secretly confiscated from savers and transferred to borrowers each year.

The suppression provides a stunning example of what Frédéric Bastiat, one of the inspirations for the Misesian school of economics, used to say: what you don’t see is often more important than what is visible.

However, the process enables the government to confiscate four times as much from savers than the entire $162.8 billion that it collected in incomes taxes during the 2018-2019 fiscal year****.

Let’s be clear: like all government interventions in the economy, there are winners and losers from interest rate suppression.

The winners are powerful interest groups. Canada’s $8.3 trillion in debts are mostly owed by corporations, governments, and the big banks.

The effect on households and students is less clear.

However, not surprisingly, debts in Canada have been growing faster than the economy for more than three decades, and households are now in hock up to their ears.

Seniors forced to live on fixed incomes are the biggest losers.

Many worked and saved all their lives to fund fulfilling retirements but are now forced to live hand-to-mouth.

Workers that rely on pension funds are also easy prey for government confiscation.

Indeed one of the main reasons that governments around the world—ranging from Japan to Switzerland to the United States—have been driving up stock prices has been to artificially boost the value of pension fund assets.

These temporary increases, which could be wiped out in a day during a stock market crash, camouflage just how vulnerable pension plans are.

Invisible confiscation unlikely to be detected

Economists—like Canada’s crafty central bank governor— yawn when you show them these kinds of statistics.

John Maynard Keynes once famously said that government tools are so sophisticated that they can confiscate the majority of most peoples’ wealth with “not one man in a million” noticing.

In short, little is likely to change on the political front.

However, there are three key takeaways for gold investors.

The first is that revelations that the U.S. government had to suppress repo rates by eight percentage points ties in with our own previous research .

Two years ago, we estimated that public officials south of the border were supressing interest rates by at least five percentage points across the yield curve. That estimate was clearly too conservative.

The second is that shortly after the repo spike, the U.S. government, through the Federal Reserve, started printing $60 billion a month to fund its current operations. Public officials deny this, but debt monetization is de facto U.S. government policy.

The third takeaway is that the five-fold spike in repo rates—which the Economist Magazine described as “an alarming echo of the financial crisis”—suggests that financial institutions don’t trust each other.

But wait: if the world’s top banks don’t trust each other, should you trust the banks?

Note: Freelance economics bloggers are banned from Bank of Canada media events. So we were unable to obtain comment from Mr. Stephen Poloz.

* Banks that can’t conservatively manage their balance sheets should be regarded by prudent investors as suspect.

** There is little practical distinction between the U.S. government and the Federal Reserve.