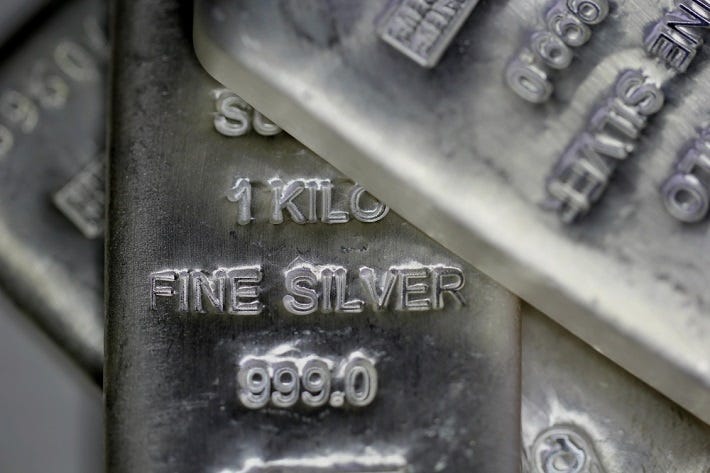 Global demand for silver declined from 2015 to 2016 by 123 million ozs per numbers from the Silver Institute presented in an article on The Daily Coin yesterday. In fact, for the demand categories primarily driven by the consumer, demand plummeted 125 million ozs, or 15.3%. Industrial demand for silver increased slightly but this was because of the global expansion in the solar panel industry, primarily in India and China.

The consumer portion of global silver demand is derived from jewelry, coins and bars (investment), silverware and electronics. The 15.3% plunge in demand reflects the fact that consumer disposable income is drying up. After making required monthly expenditures – food, mortgage/rent, debt service, healthcare – consumers, especially in the United States, are out of money.

Disappearing disposable income explains only part of the equation. The illusion of economic improvement in the U.S. was created by debt issuance. Between Q3 2012 and now, total household debt expanded by $1.38 trillion dollars. In fact, total household debt is now at an all-time high, driven by auto, student, credit card and personal loans. The truth is that “discretionary” consumption was fueled by the Fed enabling the average U.S. household to accumulate a record level of debt.

The economy likely hit a wall in late 2016 and is now contracting. Today’s retail sales report – to the extent that the numbers have any credibility – showed a .4% gain in retail sales for April vs. March. But these are nominal numbers. On an inflation-adjusted basis, retail sales declined.

While demand for silver products reflects the fact that the average consumer is out of money, restaurant sales confirm this. April restaurant sales declined 1% in April and foot traffic into restaurants dropped 3.3%. This was the 12th month out of the last 13 that restaurant sales fell. Restaurant sales have dropped five quarters in a row. The last time a streak like this occurred was 2009-2010. Sound familiar?

Regardless of what the Fed says in public, the U.S. economy is in trouble. The illusion of economic growth post-2009 was a product of debt issuance. Now the consumer – 70% of the economy – has hit a wall with regard to its ability to take on more debt – look out below. In today’s episode of the Shadow of Truth, we review the silver demand numbers and discuss the implications for U.S. and global economy: