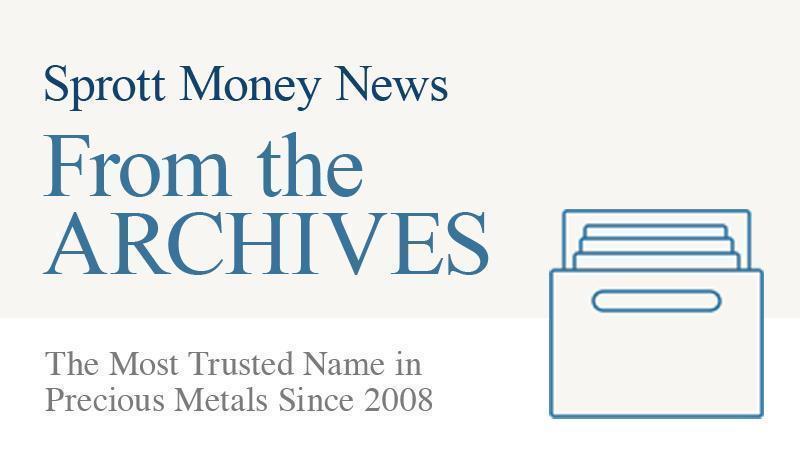 The statesman who yields to war fever must realize that once the signal is given, he is no longer the master of policy, but the slave of unforeseeable and uncontrollable events.”" – Winston Churchill

Recently, the US Government announced the replacement of its National Security Advisor. The existing military man – a combat veteran Lieutenant General, was replaced by someone who was, amazing though it may seem, more hawkish.

This came as shock to the world and Americans in particular, as the new advisor, John Bolton, is seen publicly as aggressive at best and a psychopath at worst.

The New York Times recently said, "There are few people more likely than Mr. Bolton is to lead the country into war."

In other comments, they've said, "Mr. Bolton, in particular, believes the United States can do what it wants without regard to international law, treaties or the political commitments of previous administrations… He has argued for attacking North Korea… which could set off a horrific war costing tens of thousands of lives… he has called for bombing Iran… He has also maligned the United Nations and other multilateral conventions… Mr. Bolton has largely disdained diplomacy and arms control in favor of military solutions."

But then, the president’s cabinet is increasingly about scary stuff. From the beginning, it was loaded up primarily with generals, as well as central bankers. Since that time, the turnover of staff has leaned ever further in the direction of aggressive military men.

In learning of the latest appointment, an American associate complained to me, "Look who they’ve chosen to be in charge of National Security. Don’t they know that this guy is so hawkish that, no matter what the situation, he’ll push the US toward war?"

Well yes, that’s quite so. However, the question suggests that the US Government is presently weighing the possibility of a major war. I doubt very much if this is the case.

I’m very much afraid that the logic in the question is, in fact, backwards.

The US made the decision to go to war some time ago. What they’re now doing is lining up the people they’ll need to assure that the wartime advisors are aggressive enough to see it through. Any Cabinet member who actually considers both war and peace as equally viable considerations, must be removed and replaced with someone who’s committed to the decision that’s already been reached.

Again, I believe that the logic is the wrong way round. Mister Trump is irrelevant. The Deep State – that conglomerate of governmental agencies and corporations that rule the US, have long-since baked war into the cake. The current president will be expected by them to get into line.

This is evidenced by Mister Trump’s repeated claims in the morning that he intends to work with others, only to announce in the afternoon that he will do the exact opposite. Mister Trump has an exceptionally strong ego and does all he can to maintain his image of being in charge, but, time after time, he’s had to reverse his public statements, often within the same day. (This is not the behavior of a man who is truly in charge.)

Looking back half a century, President Eisenhower’s final task in office was reputedly to advise the incoming President Kennedy that the recently-formed CIA was rapidly becoming a monster and needed to be dismantled at all costs. Mister Kennedy agreed and attempted to do just that. His effort did not end well. Since that time, the Deep State has grown far stronger. It remains faceless by design, yet it rules, in toto, from behind the scenes. Its leaders rise from within and are not subject to election or public acceptance. They’re independent of both the party system and the constitutional balance of the three branches of government.

Mister Bolton was not chosen in spite of his belief that the US should be an active aggressor in every instance, he was chosen because of it.

The US is going to war.

Historically, when political leaders decide to go to war, they do three things. First, they build up their military might. They explain this to the people as being “necessary for defense.” They then create a war council – a group of advisors who are not only willing to go to war, but are eager to do so. (This assures, as much as possible, that they will stay the course, often obsessively, when the going gets tough. But this is also the reason why leaders often fight to the bitter end, even when all hope is gone, costing excessive and pointless loss of life, after the writing is already on the wall).

Finally, they create a justification for invasion. This is normally achieved either with a false-flag act of aggression, or a provoked attack by the intended opponent. It matters little which method is used, as the result is the same – a “justification” for invasion.

This was done by the US to justify the Spanish American War, both world wars, Viet Nam and each of the American invasions into the Middle East.

In the war that is to come, the US is doing all it can to provoke attacks from other countries in both the Middle East and Asia, whilst providing the media with propaganda, claiming that the US is only invading and planning to invade foreign countries for reasons of “defense.”

In essence, the way this works is much like the behaviour of the schoolyard bully. He doesn’t strike his intended victim. He pushes him, again and again until his victim can no longer tolerate the humiliation of being pushed and strikes back in some small way. This gives the bully the justification to claim that he’s been attacked and is justified in a full-force retaliation (which is immediate).

At present, the US is actively provoking a host of small countries and has already invaded quite a few of them in the last two decades.

The alarming factor in the US aggression is that these countries are all very far away from the US, yet right next door to Russia and China.

As the old saying goes, “The enemy of my enemy is my friend,” and, in this shoving match by the US, taking place in the backyards of Russia and China is almost certainly going to ally those two great powers, in opposition to the US.

In addition, many other countries in the world have become tired of the ceaseless aggression by the US and have already formed alliances with Russia and/or China. (We cannot yet know to what degree they will take part once a major war breaks out.)

Further, unknown to most Americans, many of its former allies are becoming increasingly disenchanted with US sanctions that threaten their trade with those other powers and, when they’re asked to join together in warfare against them, they’re very likely to refuse, or worse, to change sides.

The world, if not America, sees the US government as the aggressor and the war to come is not likely to end well for the US.