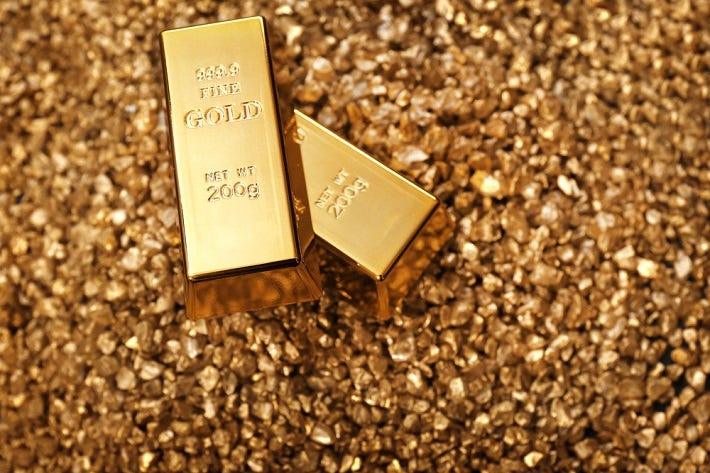 We are in the midst of the worst financial and economic crisis since at least 2008 and arguably since 1929. Economies globally are seizing up. Stocks have dumped and are still looking for a bottom. Bond yields collapsed but are now rising again. Real yields are spiking higher due to rising yields and falling inflation expectations. At the same time, Gold, Silver, and the miners have been pummeled, especially Silver and the miners.

The authorities are responding in predictable fashion, the only way they know how: with massive fiscal and monetary stimulus. It has only just begun. We’ve seen the Fed slash rates to zero, ramp up monetary stimulus to the tune of $1.5 trillion in the repo market and $700bln in explicit QE. The Fed has now even announced that they will accept stocks as collateral from primary dealers, a back door to buying stocks directly using more money printed out of thin air. All we are waiting for now is fiscal stimulus. It is only a matter of time before we get it in the United States. Then we have what effectively is called Helicopter Money: The government sending checks in the mail to everyone, providing tax rebates, expanded welfare initiatives, you name it, and all financed by the Fed and their magical printing press. In Canada it is already being rolled out in terms of expanded welfare benefits, including child care and compensation to small and medium sized businesses, i.e., “direct public payments”. This has just begun.

The key issue to note is that this is not QE. The money is going straight into people’s pockets, not onto the central bank’s balance sheet as excess reserves. Normally this would be massively inflationary, but given the shock to the underlying economy, which is virtually at a standstill, it is like trying to sail against the wind. Deflation is the fear of the day. However, if and when this global pandemic subsides, just like Weimar Germany post World War 1, all of that printed money will spill onto the economy, causing rampant inflation. This is when Gold and Silver are sure to rise. The question is: why have they not gone up so far? In fact, they are heading in the opposite direction.

Since at least 2018, I have provided the caveat to a rise in metals, that we see a repeat of 2008 should there be another crisis led by a sharp drop in stocks and a resultant spike in real yields. Well, unfortunately, that is precisely what happened.

However, unlike many financial analysts and the public at large, I strongly believe that the Bullion Banks are the primary driver of lower futures prices in Gold and Silver. Why? I’ll leave that to Dimitri Speck, the author of ‘The Gold Cartel’:

"Surprising, fast price declines are among the features that characterize the interventionist practices [of the Bullion Banks] in the gold [and silver] market. The aim of this intervention method is to scare investors and interested parties off."

"The price shocks of 2008 are connected to [Bullion Bank] interventions. Gold was not supposed to rise, so that it wouldn't signal a crisis that was about to get out of control."

“Abrupt moves downward, a classical intervention pattern in gold [and silver]… [equivalent to] downside shocks of 2% [or more] within 20 minutes… In the course of the financial crisis, such interventions were engaged in fairly frequently… 11 [times]… These abrupt declines are not naturally appearing phenomena; they are the result of interventions. The abrupt declines are not a result of liquidity procurement… such declines look different, not shock-like. In these cases, gold is simply steadily sold by market participants, because they require liquidity. Market participants don’t coordinate their sales so that they all sell at once.”

You can see from the table below that such shock-like sell-offs in 2008 were extraordinary relative to other years before and after going back to 1984.

Fast forward to today and recent claims that the drop in Gold and, in particular, the massive drop in Silver were due to liquidations to cover margin calls in the stock market. First off, why would such liquidations primarily affect Silver and not Gold when Gold is far more widely held and Silver was already at a Gold:Silver ratio of 100, i.e., extremely undervalued relative to Gold. It doesn’t pass the sniff test at all.

Moreover, Silver dumped on February 28 and March 13, two days when stocks rose, the latter being one of biggest one-day gains for the S&P in history. Why would liquidations be an excuse for selling Silver on days when stocks are going up or even soaring? The same can be said in the other direction. Silver rose for four days in a row from March 2 to March 5, and yet stocks went down, up, down, and up over the same four days. If liquidations to cover margin calls were the reason for Silver’s decline, it would have fallen as stocks did, but it didn’t.

Setting aside liquidations as the cause of Silver’s decline, what could have caused it? Well, like anything else, I consider who has the most to gain from it. Who was massively short? Who had the power to drive prices lower as they did in in 2008? The obvious answer is the Bullion Banks. They were their most short since April 2017 prior to the sell-off in Silver. We have seen that short position collapse as they bought Silver on the way down, making massive profits in the process. How do we know this? It’s all in the COT data, and this was before the collapse to current price levels in Silver.

This is even clearer when we look at what happened to their position during the week of the February 28 sell-off compared to the prior week:

Their short position fell by the most EVER in one single week—and by far!

This puts to bed talk that positioning data doesn’t matter to the outlook for Silver and Gold. We will have to wait until Friday to get the updated positioning data, but given the sell-off that has occurred since the prior data, there is a very high probability that the Bullion Banks are now long, which bodes well for the metals going forward.

It also supports my belief that the Banks are positioning themselves for the rally to come, just as they did in 2008, and that they are once again doing what Dimitri Speck stated above: “The aim of this intervention method is to scare investors and interested parties off." Put simply, squeeze out all of the weak hands ahead of the next spectacular bull market in precious metals. Just like in the era of John Law’s Mississippi Trading Company fiasco, the aristocrats don’t want the peasants getting rich too.

The thesis that the Banks wanted to get out of their massive short position while squeezing out the weak longs ahead of a massive rally in precious metals is reinforced by what is occurring in physical precious metals.

Futures markets like the COMEX trade paper derivatives of Gold and Silver in massive volumes, so much so that they dwarf trading in the actual physical market. For this reason, the paper markets tend to drive prices in the physical market. However, recently we’ve seen a decoupling between the two. Demand has skyrocketed recently and supplies are drying up, such that premiums being charged for physical Gold and Silver have skyrocketed. In some cases, there is no inventory at all. Moreover, it’s a global phenomenon. We are hearing this situation play out in New York, Canada, the UK, Germany, Poland, Australia, and Singapore, so far. What does this mean?

It means that although the paper price is getting crushed, the price for the physical metal itself is going higher as it becomes scarcer. This indicates that the masses are waking up to the need for hard currency like Gold and Silver when central banks and governments are printing their currencies into oblivion. It also exposes the manipulation going on by the Bullion Banks, imho. How does this resolve itself? Either the paper price catches up to the physical demand, as in late 2008, or the paper futures markets suffer the same fate as the London Gold Pool in the late 1960s and collapse.

To some extent this has already occurred in the Palladium futures market, which has become somewhat of a zombie market, with little trading either way. The price is dominated by physical demand and supply.

What signs should we look for that the same is happening to Gold and Silver markets? Further decoupling of physical and paper prices as the physical metals become even scarcer and premiums rise relative to the paper spot price. Another is when the prices of both Gold and Silver rise and the short position of the Banks and the long position of the Large Speculators or “Funds” both plateau, i.e., they no longer track the price in the marketplace.

Other potential triggers for precious metals to turn up again are:

At the end of the day, while there are no guarantees, the money printing that is currently going on to avoid total systemic collapse virtually ensures that Gold and Silver will go a lot higher. The bullion banks are just making sure that only the strong hands benefit when that time comes. As the similar collapse in 2008 revealed, manipulation has an expiration date. Until then, we could still see paper prices fall further, but it is the price for the physical metal that truly matters in the end.

One final note, despite the massive sell-off, keep in mind that the reasons to be bullish on precious metals remain intact and are in fact becoming more significant: Global Central Bank buying and fiscal and monetary stimulus on steroids that guarantee the ultimate debasement of most currencies, including the dollar. And you wonder why the masses are buying the physical metals?