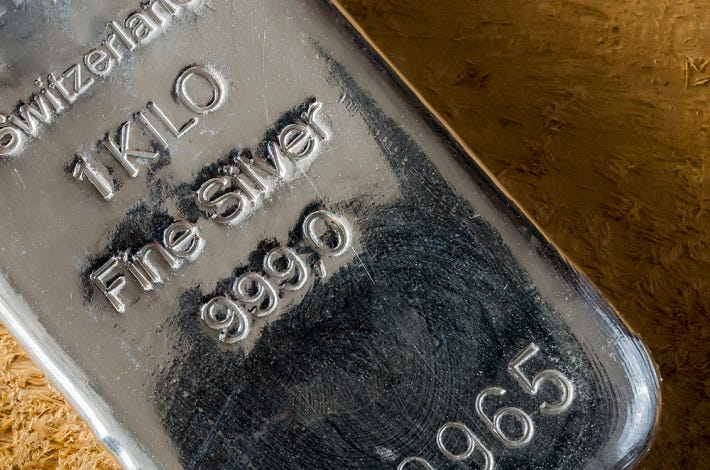 Following the events of yesterday, it seems wise this morning to take an in-depth look at the charts in order to discern what moves The Banks may take next in the hope of stemming this rally and reversing the trends.

This places the CoT in its "worst" position since last September and this BPR reveals the largest NET short position on record. Therefore, you KNOW that The Banks will do just about anything at this point to reverse the trend and begin flushing The Specs back out of paper gold. Though they are clearly capable of pulling this off, it may take them a while to do it. Why, you ask?

For CDG, it's all about the moving averages. We noted early last week that CDG's 50-day had bullishly crossed UP and through both its 10-day and 200-day MAs. This is a very bullish trend indicator and, most importantly, it sets the Spec HFTs into a "buy the dip mode". You can see this playing out already when you look at the daily chart.

Also last week, we began to discuss the significance of the $1331 level as support in any pullback. This was the level of resistance and then support in late August so we hoped/expected that same action on any pullback. And look what has happened thus far this week! Even though the all-important USDJPY is up another 50 pips today and pressing against 110, Comex gold is hanging firm at....$1332! For us, this is clear evidence of the HFTs buying the dip.

And here's the big challenge for The Banks. Check where you can find those MAs. The closest is the 50-day but it's all the way down near $1280. The Banks are not going to be able to flip the Spec HFTs until, at a minimum, the 50-day is violated to the downside. So, this is why we can say "it may take a while" for The Banks to really generate the downside momentum that will flush The Specs in the same old, wash-and-rinse pattern.

This doesn't mean that a massive raid can't happen. What is DOES mean, though, is that aggressive traders should have plenty of warning and can use this time to hedge and prepare. Again, use the chart below as a guide and watch that rising 50-day closely.

Now let's look at Comex Digital Silver. It, too, is holding the support area that we identified last week. This support is quite clearly the most recent highs near $17.90 last June.

Like CDG, Comex Silver has seen its own rally over the past two months, moving up a full $2 or about 13%. Also like CDG, the silver "Commercials" have fought this rally by increasing their NET short position from 21,900 contracts on July 18 to 79,700 contracts last Tuesday. Therefore, you know that JPM et al would just LOVE to smash price and force a Spec exit but they, too, are going to need some downward momentum to get the ball rolling.

As you can see below, the MAs for Comex silver are not in the same bullish configuration as Comex gold. Therefore, the very clear target for The Banks is the 200-day moving average found today near $17.28. They'll hope to break this level on a closing basis sometime soon.

And the reason for trying to break the 200-day is clear. On the chart below, you can see four instances in just the past twelve months where price was broken at the 200-day and a steep, Spec-rinsing decline followed. This is easy money for the colluding Bank trading desks so you can be certain that they are salivating at the opportunity to pull this same trick again!

OK, as I close, I've still got $1331 and $17.92 so our initial support levels are holding. Let's hope this continues and a rebound follows.

However, you must be aware that The Banks are still in charge and nothing in their behavior suggests that they are "on the run" or "losing control". Therefore, plan and trade accordingly.