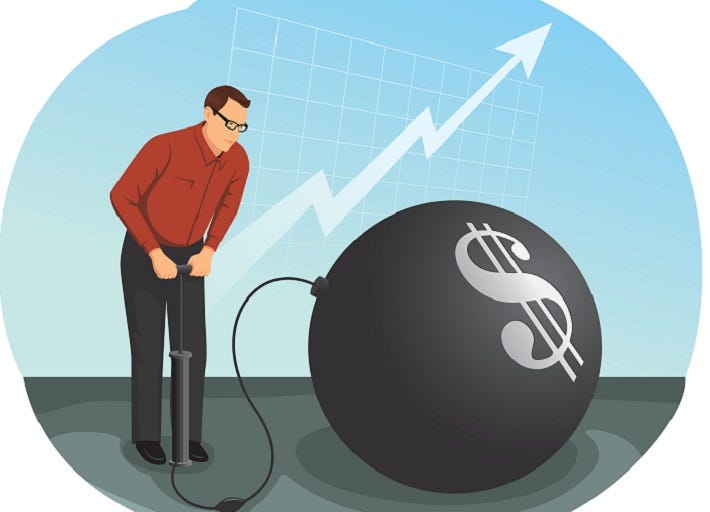 As we head into a new year, it’s a time for reflection. It‘s a time for thinking about the past and the future and how best to prepare yourself financially for 2020 and the years beyond.

I believe that we are living in a very important time in history, when cultural changes are occurring at an unprecedented rate, which makes predicting what is coming next nearly impossible to do; however, to not even attempt to decipher the barrage of news we receive on a daily basis would be negligent as well.

It is often during these periods of time that people will do radical things to either get the change they wish to see unfold, or to keep the status quo. I believe that 2020 has the potential to be one of these years.

There are already countless examples of this unfolding in the world around us. Geopolitically, we live in a period of time in which things could turn south at the drop of a hat and all that is needed to ignite the flames is the smallest spark.

Regardless, as we move into the uncertainty that the 2020's are undoubtedly going to hold, it is during these times that you need to take stock and prepare your portfolio accordingly, however best you believe that to be.

This is not to say that any catastrophic event will unfold throughout the course of next year, the following year, or anytime within the foreseeable future. I, nor does anyone else have a crystal ball that can predict this.

However, there are great risks currently affecting the broader markets and thus our societies as a whole. Some of these are purely financially based, others are due to politics, but most are intermingled.

One such example of risk is the current mess unfolding in the Repo Markets , which the Fed as of the past few months has had to throw billions of dollars at, desperately hoping to plug the numerous holes that continue to spring leaks.

This is something that I have written extensively about as of recently, as I believe it poses a dire threat to our current financial system if it cannot be brought back under control.

Hopefully, the Fed will be able to stop the contagion from spreading throughout the banking sector, preventing similar problems from occurring to what we witnessed following the 2008 crisis when banks became fearful of lending to each other and thus causing the system to grind to a halt.

Still, the Repo Markets are far from the only area in which debt poses a major risk to the health of our economies as a whole.

As recently reported by the World Bank, who just released a new book, " Global Waves of Debt: Causes and Consequences ", the world as a global economy is now currently going through a massive period of debt accumulation, the likes of which has only been seen a few times throughout man kinds history.

"The global economy has experienced four waves of debt accumulation over the past fifty years. The first three debt waves ended with financial crises in many emerging and developing economies.

The latest, since 2010, has already witnessed the largest, fastest and most broad-based increase in debt in these economies. Their total debt has risen by 54 percentage points of GDP to a historic peak of almost 170 percent of GDP in 2018."

As the World Bank states, this massive rise in debt levels has largely been kept in check by historically low interest rates, but for how long can rates remain this low?

Once rates begin to rise in a meaningful way, the whole charade begins to crumble and the house of debt comes crashing down, causing a monstrous financial disaster in the process.

Despite the reality that we now live in and the financial risk that surround us, gold and silver bullion continue to trade around the $1500 and $18 per ounce mark, which I believe the future is going to deem to be laughably cheap once looked back upon.

Eventually the broader markets are also going to come to this realization and precious metals are once again going to be brought back into the limelight, being bought at a feverish pace, causing prices to catapult higher.

Whether or not 2020 is the year that the debt bomb finally counts down to zero and explodes is yet unknown, but one thing is certain, that the fundamentals for owning precious metals has never looked better, of that I have no doubt.