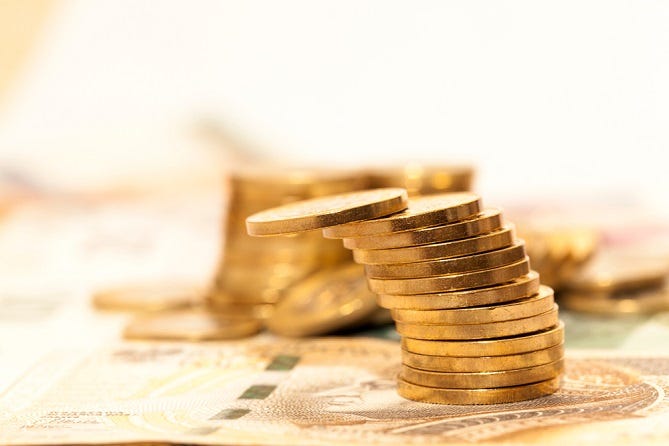 The S&P continues to move glacially higher, which doesn’t help Gold in the short-term. The higher stocks go, the less likely we are to see the Fed reverse policy to rate cuts and then QE, regardless of what interest rate futures markets say. In fact, we’ve been hearing some trial balloons floated with regard to rate hikes from former New York Fed head Dudley, among others.

At the same time, the 10-year bond yield has rebounded from its recent low. Higher yields, and more importantly, higher real interest rates are typically a negative for Gold. Courtesy of Quandl.com:

As for XAU/CNY, it has fallen as expected from its negatively divergent peak on February 20, the same day $Gold peaked.

It is now exhibiting a clear Head & Shoulders pattern. A break of 8600 would signal a test of the 200-day moving average at just above 8500 next. A sustained break of that level and things could get ugly for Gold.

Again, this matters to Gold in dollar terms because it remains fused to the hip with XAU/CNY since the low in August due to the stabilization of USD/CNY. Simple math.

That being said, the S&P is struggling to move higher, and a reversal lower should be Gold supportive. The same goes for the rise in bond yields, which could be just a dead cat bounce before lower again. Yields have already fallen short of resistance at 2.55-58%.

The move down in XAU/CNY from its peak in February was signaled by its negative divergence. Now it has fallen to a positively divergent low on its RSI and both MACDs. It could still fall a little lower and remain positively divergent. This, too, is Gold supportive in dollar terms.

The daily chart shows that the MACD Line has sufficiently corrected from its recent highs to make another attempt to move to the upside:

But the weekly chart shows that the MACD Line has a decision to make one way or the other:

We’re seeing the same lack of direction in Silver and GDX.

One last word on Platinum. It bottomed in August at its lowest price since its crash in October 2008. But now it has broken key resistance at 880-882, and this opens up a possible move up to massive resistance at 1033 next. The weekly MACD Line clearly shows that it has the potential to test that resistance.

Gold, Silver, and the Miners could follow suit either way.