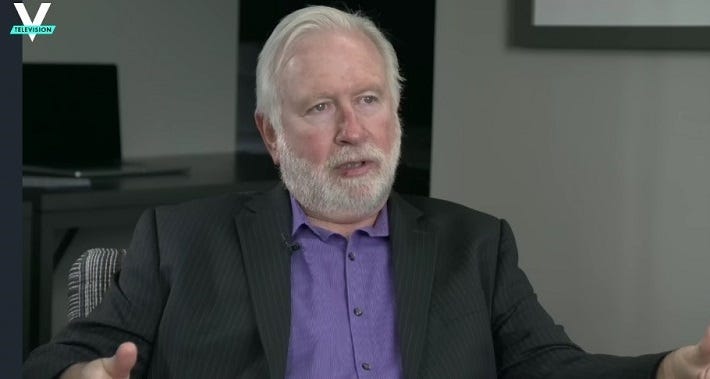 Gold prices have surged (+8.57% EOD Wednesday) since January. However, one expert says that trend could continue.

“Shrinking exploration budgets, a dearth of new high-quality deposits and the “fear trade” will provide continuing upside pressure as the year unfolds,” says Brent Cook, editor of Exploration Insights. “Some gold stocks may be overbought right now, but long-term fundamentals are better than ever.”

Cook is little known to the general public, but widely-followed in the global mining community. The annual sector outlooks that he delivers at the Prospectors and Developers Association of Canada, the world’s largest mining conference which opens in Toronto this weekend, are among its most anticipated events.

Cook, who, along with partner Joe Muzumdar, did on-the-ground research at more than 30 international mining properties last year alone, agreed to provide Sprott Money News with advanced insights into his thoughts.

Key to Cook’s thinking regarding ore demand is the fact that mining companies have cut capital investments so much, that as prices inch back up, companies won’t be able to meet supply.

“Many discoveries never pan out,” says Cook. “Even those that do, often take nine and or ten years to put into production. And there are not that many around.”

Cook cites several widely-publicized opportunities, which are hampered by “fatal flaws,” which make them highly uneconomical or impractical to put into operation, due to factors ranging from their isolation, environmental opposition, or technical feasibility.

These include Northern Dynasty’s Pebble Deposit and Nova Gold’s Dolin deposit, both of which are in Alaska; Barrick Gold’s Pasqua Lama deposit on the Chilean-Argentinian border and Romania’s Rosia Montana deposit.

That trend is likely to worsen. According to an S&P Global Market Intelligence Report that will be released at PDAC this weekend, 2016 marked the fourth consecutive year, that mining sector exploration budgets have shrank. Budgets are now down by almost 66% from the $21.5 billion record high reached in 2012.

Gold remained the top explored commodity in 2016, the report notes. The yellow metal accounted for 48% of global exploration budgets that year. However crucially, total dollars spent on global gold exploration fell to US $3.3 billion, their lowest level since 2006.

As Cook notes, these developments have drastically reduced the number of new discoveries.

Not surprisingly, Cook says, this has sparked a drop in global production.

As if that were not enough, global reserves are shrinking too, Cook says.

While Cook’s and Muzumdar’s main claim to fame stems from their geological and financial expertise, Cook nevertheless notes that strong gold fundamentals are coinciding with favorable developments on the global macro front.

“The rise of the Trump Administration is making the “fear trade” increasingly important,” says Cook. “People think that he is unstable, that his “trade war” policies are bad for the economy and that he is dangerous, in part, because when the going gets tough, he’ll be at the mercy of his advisors.”

These developments come at a time when the greenback itself appears to be overbought, Cook said. “Gold is the reciprocal of the US dollar and the world’s confidence in the United States is going south. That’s bad for the currency but good for the yellow metal.”

“The gold market is tired in the wake of recent advances,” said Cook. “But if you add all these trends to that of US unconventional monetary policy which is increasingly losing its credibility, I’d expect gold prices to be higher at year-end that they are right now.”