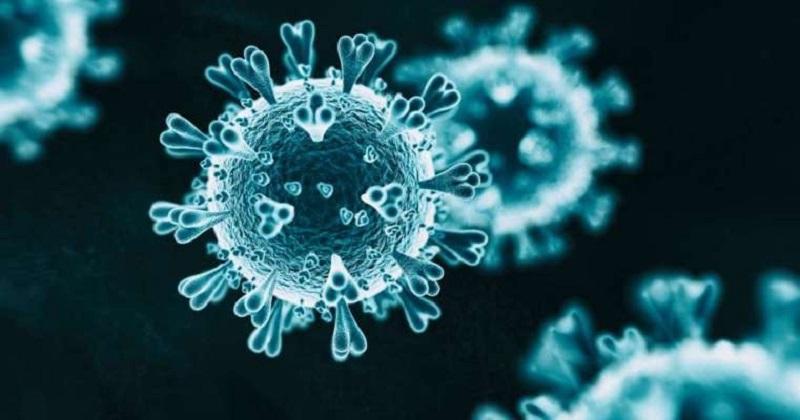 This, of course, is accomplished through the incredible number of taxes implemented throughout our history, whether it be sales taxes, income taxes, property taxes, inheritance taxes, etc. The list goes on, and still, governments around the Western world have found ways of squandering this money, sending their nations deeper and deeper into debt.

Collectively, governments around the world now stand at approximately $77,598,169,364,443 USD in debt, with that number growing drastically higher with each passing second.

The majority of this debt was accumulated during the "good times" when many Western economies were experiencing record high GDP levels, record high stock market prices, and record high employment rates.

Unfortunately, for at least the short term, the good times are now over due to the COVID-19 crisis, and governments around the world have decided to go exponentially deeper into debt, enacting relief plan after relief plan in a desperate attempt to keep afloat an economy that they forced to shut down.

Whether or not future generations will view the decisions made during this crisis as correct is yet to be seen. However, the zeitgeist appears to be rapidly shifting in recent days, with the feeling of angst and frustration becoming increasingly commonplace in the minds of the average citizen.

This is largely due to an increasing amount of information that indicates the mortality rate of COVID-19 is drastically lower than what many health experts predicted, especially when it is taken into consideration just how many people are asymptomatic—and thus not getting tested and therefore not included in the official numbers.

This is not meant to diminish the harsh reality that COVID-19 is still very deadly to certain demographics, especially the elderly. However, it is making many people question the strategy of isolating / quarantining the "healthy" and destroying the economy in the process, a strategy that has never been enacted during any pandemic in mankind's history.

This controversial strategy has and will continue to cripple the global economy, regardless of whether it was the correct action or not. As I have previously written, this will have drastic and dire consequences for years, possibly even decades, to come.

How Are Governments Going to Pay for This Debt Bomb?

First and foremost, governments are going to rev up the printing presses, create debt, and as they have been doing, throw newly fabricated fiat money at the problem, thus diminishing the long term value of the currency.

This undercuts those who have spent their entire lives saving only fiat money, diligently socking away the fruits of their labor in what they deem to be one of the "safest" asset classes, cash.

On the other hand, those who choose to have a portion of their wealth in hard money, such as physical gold and silver bullion, will be able to mitigate many of these problems and shelter their hard earned savings from the coming storm.

However, I believe this is not the end game for many governments.

Take Canada, for example. Led by Prime Minister Justin Trudeau, Canada has decided to take a very socialist approach throughout this crisis, handing out fistfuls of money to just about everyone across the country and essentially putting in place a form of "universal income" in the short term, even if that is not what they are willing to call it.

Just head on over to "Canada’s COVID-19 Economic Response Plan" and take a look at all of the programs—and all the money being "spent".

Some of these figures may be considered small when compared to the numbers being tossed around in countries such as the United States, which is also fusing a monumental debt bomb as we speak. However, you need to take into consideration Canada's much lower GDP and population numbers.

Program after program after program is being enacted to: 1) keep the economy afloat during a governmentally enforced economic shutdown; and 2) keep people pacified and happy with the sitting government. Governments can do this because they know that they are ultimately not going to be the ones paying for the stimulus programs—the people are.

Prepare for the COVID-19 Tax

This has occurred time and again throughout mankind's history during periods of great uncertainty, such as natural disasters, wars, or health crises. People cast aside much of their political partisanship for the greater good and coalesce around those in charge.

Sitting governments know this and will attempt to take full advantage of the situation in an effort to secure re-election. Sometimes the crisis occurs during an election year, such as in the case of the United States, or a government can take advantage of it by holding snap elections, which many countries can call whenever they like.

This will be vital for those who wish to retain power, as what is coming next will be incredibly unpopular: significant tax increases.

They can call it whatever they want, but new taxes are coming, whether later this year or next.

Will they be based on income or slapped onto the sale of all goods? Who knows the finer details? Regardless, something is coming in one form or another—and it will not be minor in nature.

Many people are happily taking government handouts. Many others are screaming for more, more, more, stating that what is being issued is not enough. Many of these people are seemingly both correct and wrong at the same time. However, very few have come to the realization yet that this is NOT "free money".

During these times of herculean expenditures and the immediate time period that follows, it has been a common tactic of governments to introduce new taxes to help pay for them.

Take the income tax, for example, which was introduced both in the United States and Canada to help pay for war-time efforts.

As per the Canadian Government regarding the introduction of the income tax:

"In 1917, as a temporary measure to help finance the war, the federal government introduced the Income Tax War Act, covering both personal and corporate income. "I have placed no time limit upon this measure . . . a year or two after the war is over, the measure should be reviewed," stated Sir Thomas White, Minister of Finance."

Additionally, the "sales tax" was introduced in 1920 to help pay down debt levels. As the name implies, this is a tax on the sale of most goods.

Fast forward to 2020 and we can see that these taxes, deemed "temporary" at the time, were anything but. They are still in existence today, but in much more grotesque forms, as the demand to feed the increasingly hungry government machine continues to grow year after year.

The coming COVID-19 tax(es) will be no different.

They will be presented as being "temporary"—and heralded as a collective effort to pay down the historic amount of debt accumulated during the COVID-19 crisis. And as has been the case in the past, an excuse will be created to keep it in place indefinitely.

tony dewerth
Reply
Vary good piece Nathan.....I believe you have hit the nail on the head
Reply
Leave a Comment