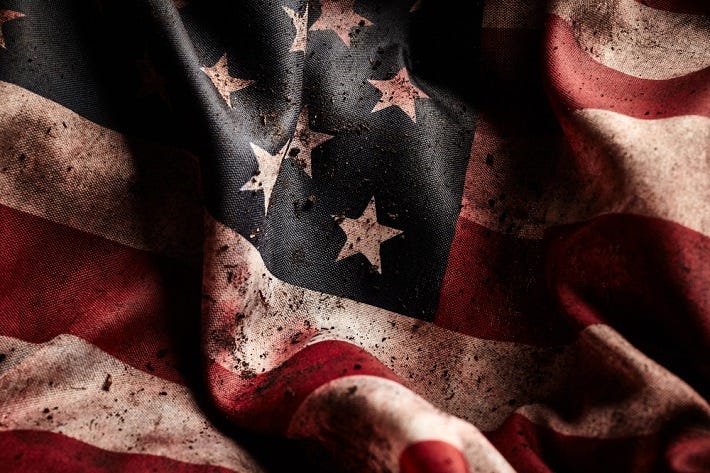 But the most brilliant propagandist technique will yield no success unless one fundamental principle is borne in mind constantly and with unflagging attention. It must confine itself to a few points and repeat them over and over. Here, as so often in this world, persistence is the first and most important requirement for success . – Adolf Hitler

Propaganda, also known as “fake news,” has become the norm in mainstream media reporting. Somehow the idea of Russia hacking the DNC computers morphed into the generic, “Russia hacked the election.” Per Hitler’s formula, Hillary Clinton introduced the idea during one of the presidential debates and kept repeating it until the press seized it and ran all the way with to the end zone with “Trump is a Russian ally.” Now Congress is pre-occupied with the fraudulent charge that Russia is controlling U.S. politics. The whole spectacle is beyond idiotic.

In a similar manner, the reporting of economic statistics has become another tool of propaganda. The Government, as we all well know by now, spits out economic reports based on shoddy statistical samples that are seasonally adjusted. Then the data that is cooked for any specific month is annualized. While the result might not be too far off base for any specific month, the errors aggregate over time so that some statistics, like the GDP report, bear no resemblance to reality.

A great example of using propaganda to promote an idea is the continuous mantra coming from the National Association of Realtors that “low inventory” is hampering home sales. It’s an effective device to make the public think that a lack of homes for sale is the explanation for declining sales. It’s also a lie. Homebuilders are sitting on a record level of inventory. Flippers and investors bought 37% of all existing homes that traded in 2016. Many are sitting on homes they can’t sell for enough to cover their rehab expenses. The over $750,000 segment of the market is flooded with inventory.

The truth is that, if you examine the historical data in order to question the NAR’s assertions, the facts show that since 1999 – which is when the Fed began tracking existing home sales – relative inventory levels do not drive home sales:

In fact – if anything – there is an inverse correlation between inventory levels and home sales. In other words, since 1999, homes sales rise when inventories are low!

Thus propaganda is a tool used to manage public perception. Unfortunately, a high percentage of the population only consumes headlines and sound-bytes. It’s the perfect set-up for politicians to employ Hitler’s advice on administering propaganda. The commonly accepted idea is, in fact, the opposite of the truth.

The commandeering of a country by elitists begins by eliminating real money and replacing it with a fraudulent fiat currency. But the eastern hemisphere is moving in an opposite direction as the west. As reproduced in The Daily Coin, Russia and China have quietly struck an agreement laying the groundwork to replace the U.S. dollar’s reserve status with a gold-backed currency system: Moscow and Beijing join forces to bypass US dollar in world money market. In today’s episode of the Shadow of Truth we discuss the decline of the United States and the advancement of the new superpower bloc emerging in the east.