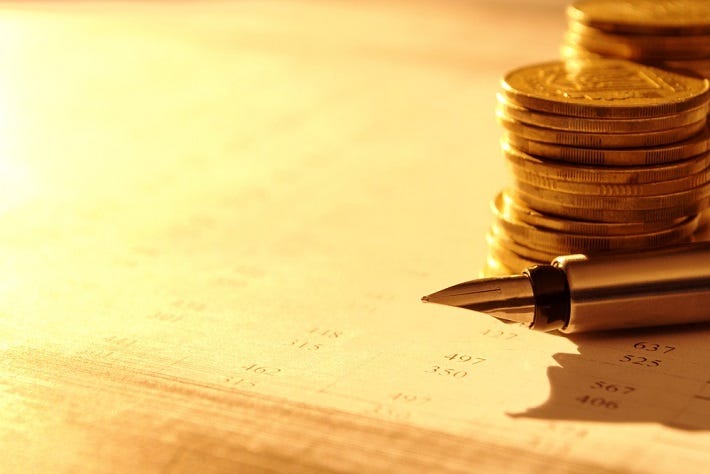 A week ago, we discussed the obvious Bank program to drive the price of COMEX gold back to its 200-day moving average. Well, here we are.

If you missed that post, be sure to read it now, as understanding the how and why of this latest price smash is critical to anticipating what is coming next.

Since the April 10 release of the March FOMC minutes, the price of COMEX gold has experienced a counter-intuitive drop of over $50. Over these last nine trading days, price has often been overwhelmed with a sudden blast of contracts on the offer... leading to high-volume price drops. That this has occurred on six of these past nine days, with all of the smashes appearing in the 8:30-8:40 a.m. EDT time frame, leaves a trail of evidence implicating the usual manipulators.

And before you believe the generalist and MSM "explanation" of a stronger dollar causing these waterfall declines, perhaps you should check the U.S. Dollar Index chart over the same, ten-day time period. Note that only two of the six days saw DXY spikes and one of them, the spike on April 10, was directly related to the release of the March Consumer Price Index.

So, in the end, it is safe to conclude that what we are witnessing is simply another Bank program to "wash the CoT"... meaning another deliberate scheme where the COMEX market-making Banks act to drive price lower. In doing so, they break technical support levels on the way down. This leads to a shift in sentiment— if you can call it that —of the Spec HFT algo-driven trading funds. And this, in turn, leads to Spec liquidation. This change in overall positioning is then revealed through the once-weekly Commitment of Traders report that is generated by the CFTC.

Two weeks ago, on April 9, the Commitment of Traders (CoT) survey revealed that the net long position for the Large Speculators in COMEX gold was 105,354 contracts. In the typical mirror reflection, the Banks and other firms labeled as "Commercials" were net short 132,611 contracts.

As noted above, the current price smash began the next day, April 10. The price of COMEX gold fell $31 over the next five days, and the most recent CoT, released last Friday, revealed that the Large Speculators had cut their net long position in half... down to just 56,273 contracts. The Specs took their cues from the early morning Bank price smashes and then acted as expected the rest of the day. The Banks used this Spec selling to buy back their own shorts and were thus shown to have trimmed their net short position back to just 76,430 contracts on that same report.

With another CoT report pending for this coming Friday, and with gold down again for the reporting week, expect another change where the Large Specs reduce their net long position and The Commercials reduce their net shorts.

So, now, the most important question becomes: Is it over? Having successfully driven price back to the 200-day moving average, will the selling relent and a recovery ensue?

Your answer? Probably not yet.

Though price double bounced on Tuesday the 23rd from very near the 200-day, The Banks are likely salivating at the thought of inducing the final Spec washout that would follow a daily close BELOW this critical support level. Therefore, be on the lookout for several more attempts to take out the 200-day between now and next Wednesday. And if price closes below—and then remains below—the 200-day, a quick drop toward $1260 or even lower will follow.

But what happens next Wednesday? That date will mark the end of another FOMC meeting and bring another press conference by Chairman Powell. Unlike the two previous meetings this year that have concluded with deliberate smashes of COMEX gold, I expect the opposite next week, with a rally that will soon extend back toward $1300 and beyond. With the Commitment of Traders report now "washed", a post-FOMC rally next week should not come as a surprise.

We'll end this post by using the same points with which we ended last week. See below:

How do you "act accordingly"? You continue to use this current and obviously-fraudulent pricing scheme to your advantage through the consistent acquisition of physical precious metal at discounted prices. Only physical metal has the power to break The Banks' stranglehold on price, and only physical metal can protect you from the inevitable collapse of the current, debt-based fiat Ponzi system.

And acquisition of physical metal is easy... you can even hold it in your IRA! You can store it at a trusted gold bullion storage company or in your own, personal safe. You can hold it in gold bullion coins or silver bullion bars. Take your pick. Just be sure that you own some before the "everything bubble", created by the global central banks, finally pops in the months ahead.