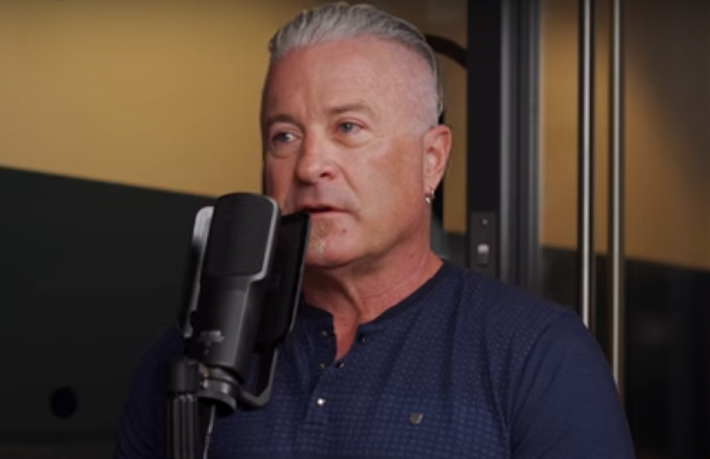 Calvin Ayre is doubling down on his biggest bet yet: in Bitcoin SV (BSV), a variant of the popular digital currency that he believes has the bandwidth to backstop a global payments system.

“This idea of bitcoin as ‘digital gold’ doesn’t make sense,” said Ayre. “Bitcoin was designed to be used as money. But high transaction fees have discouraged people. We want to change that.”

Ayre believes that if cryptos want to compete with the transaction volumes in the Visa and other major payments networks, they must vastly increase capacity.

The Canadian billionaire made the comments from his rooftop suite overlooking London during an hour-long chat with Sprott Money News prior to the start of the CoinGeek conference, which wraps up today.

The CoinGeek event brings together nearly 800 developers, investors, and central bankers from around the world to debate the merits of the recent Genesis “hard fork”.

BSV (Bitcoin Satoshi Vision) boosters say the implementation will increase the maximum size of bitcoin mining blocks and bring scripting capabilities that will enable it to simultaneously function as a global database.

CoinGeek’s star was Dr. Craig Wright, chief technology officer at nChain and an eccentric polymath genius whom experts say is either a fraud or “Satoshi Nakamoto” himself.

Here in London, where Wright was mobbed and received serial standing ovations, opinion was clearly one-sided.

“There is no doubt that Craig is Satoshi,” says Ayre, who has dealt with Wright extensively and shares roots with him in the gambling and gaming industries.

“All you have to do is listen to him talk,” says Ayre. “No one else in Bitcoin has remotely the combination of economics, data traceability, cryptography, and programming knowledge that he does.”

A civil war in Bitcoin

Indeed the civil war brewing between the three major variants of Bitcoin—the only major crypto brand that has the supply growth limits to make them meaningful competitors to fiat currencies—may be set to explode onto the public stage.

Bitcoin Core (BTC) currently holds a dominant position in the market based on perceptions that it is a store of wealth and that its second layer Lightning Network will provide scaling potential.

Bitcoin Cash (BCH), led by Roger Ver, whom libertarians refer to as “Bitcoin Jesus,” already has considerable scaling potential but is beset by challenges in financing the developer base needed to foster rapid implementation.

Upstart Bitcoin SV (BSV), which is intent on partnering with regulatory authorities and keeping all transactions visible on the blockchain, is a dark horse. But its proponents have compelling arguments.

Indeed the virulence of Ayre’s and Wright’s critics demonstrates just how big a threat Bitcoin SV’s miniscule position is perceived to pose.

Jameson Lopp, a self-styled cypherpunk and chief technology officer at Casa, has circulated a well-regarded and damning critique of inconsistencies in Wright’s statements over the years (though even Lopp does not completely write off Wright’s claims).

Wright’s communication challenges have led to huge rows with a variety of important players, notably the heads of major crypto exchanges, several of which have delisted BSV from their platforms.

Ayre isn’t fazed by any of that.

The gambler points to other platforms that will happily pick up the slack, such as Canadian-based Coinsquare, whose CEO Cole Diamond also made an appearance at CoinGeek.

Ironically, the civil war within Bitcoin recalls the centuries-long squabble among global fiats for dominance and the key stabilizing role that hard assets have played during that time.

Ayre, who realizes this better than most, is settling in for the long game.

“The immutable public ledger bitcoin provides will expose fraud and crime both by individuals and governments,” says Ayre. “Over time this will lead markets to converge to one digital payments platform. I believe that will be BSV.”

But the iconoclast billionaire, whose big bet on Bitcoin SV puts him into direct conflict with the global monetary elites, has only good things to say about physical gold.

“This ‘digital gold’ thesis doesn’t make sense,” says Ayre. “Physical gold has real value, and if our investment plays out, I am going to buy a lot of it. But if people only use bitcoin as a supposed store of wealth, that digital asset will go to zero.”