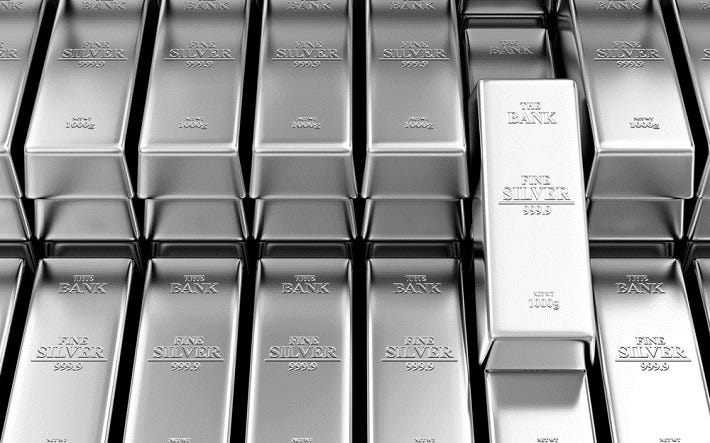 We have seen several of the too big to jail banks be assessed “fines” for rigging markets and funding terrorist. LIBOR and FOREX just to name the two biggest market rigging schemes conducted by 5 of the too big to jail banking cabal members. This is to say nothing of the drug money laundering and being “fined” for funding terrorist organizations. No one has gone to jail – no one.

On the other hand, Deutsche Bank was “fined” for rigging both the gold and silver markets. The CFTC (Commodities Future Trading Commission) conducted an extensive 5 year investigation into the silver market rigging allegations. The CFTC was unable to find any wrong doing on the part of the bullion banks. Deutsche Bank has settled one class action lawsuit for a poultry $37 million for damages and faces another class action lawsuit that is still ongoing.

I bring these items to the table to demonstrate patterns of corruption, market rigging and bought-and-paid-for “regulators”, judges and government officials that no longer apply the rule of law to the real criminals.

I ask how could a commodity or any product that is bought and sold on planet earth be 66% cheaper than in 1980. The evidence above demonstrates how that is possible. The only remaining question is – why is silver the kryptonite to the banking and financial system? Gold, while the market has been proven to be rigged as well, has at least been able to climb higher than in 1980. The current global “price” of gold does not reflect it’s true value, however, it is still higher than 37 years ago. Silver, not so much.

If they have hit the wall with the amount of silver (contracts) they have…wether Morgan and the other people, nobody knows if it’s Morgan silver or not. They’ve (JPMorgan) been the big reason silvers been destroyed for six years – specifically due to JPMorgan and the U.S. government. It’s all a question now wether they’ve hit the tipping point and hit the wall, as Ted Butler says and he’s correct in that the Morgan cartel and their allies are trapped. How are they going to get out? ~ Bill Murphy, The Daily Coin

We recently reported a drop in silver mine production and, a much more significant drop in silver scrap coming to market. These are the two main channels that fill market orders for physical silver demand. Any other product or service, the world over, that is in short supply usually rises in value due to the fact there is less of the product or service than can fill market needs. This, once again, is not the case with silver. Why?

“How did you go bankrupt? Slowly, then suddenly.”

The markets start out nice and slow and then it starts to pick up steam and all-of-the-sudden the market will trade differently than it has for years. ~Bill Murphy, The Daily Coin

MASH
Reply
You forgot to take the cost of computer hardware as an example. They have gone down considerably.
Reply
Leave a Comment