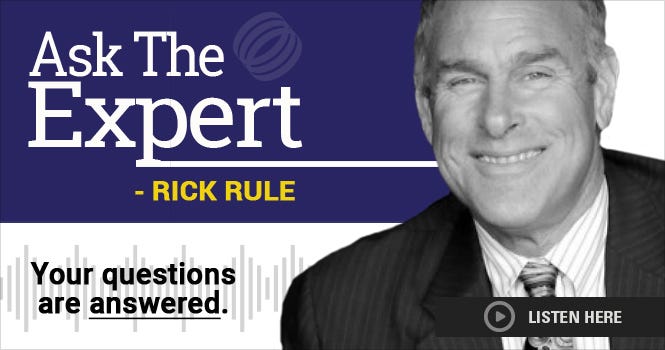 During a month unlike any other, Rick Rule of Sprott Inc. returns to share his wealth of knowledge with our listeners. Rick is a leading resource investor specializing in mining, energy, water utilities, forest products, and agriculture, and he has originated and participated in hundreds of debt and equity transactions with private, pre-public, and public companies. Mr. Rule is also the Founder of Global Resource Investments, President and CEO of Sprott U.S. Holdings, Inc. and a member of the Sprott Inc. Board of Directors. He is a frequent speaker at industry conferences and has been interviewed for numerous radio, television, print, and online media outlets concerning natural resource investment and industry topics.

This month, Rick answers seven of your listener-submitted questions, including:

· Is there hope for long-term investors who haven’t sold mining shares?

· What indicators will signal that the shares are turning a corner?

· Once this crisis passes, which sectors will provide the best value?

Craig: And hopefully we'll do this again soon. And from all of us here at SprottMoney.com and Sprott Money News, thank you for listening. We'll talk to you again next month.