Why These Gold Standardites Are Wrong

Let’s look at the graph of the price and basis (i.e. abundance) action. 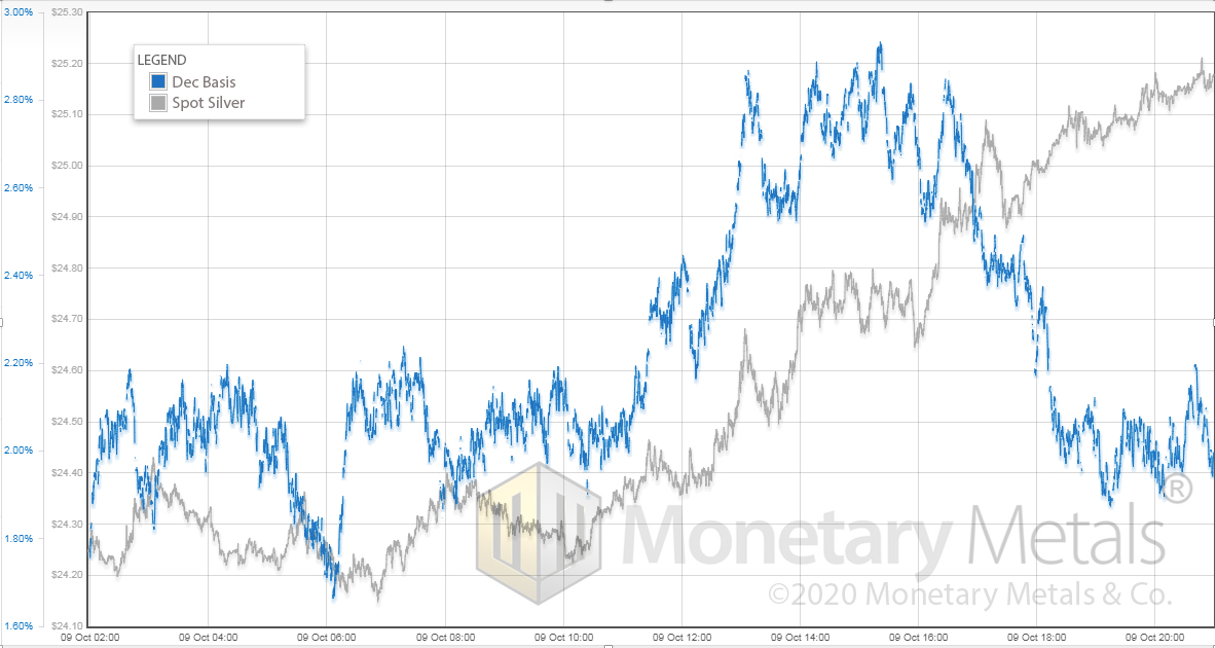 For the first part of the day, the action is from speculators, for the most part.

Then around the time that the US west coast comes online, we see a continued rise in price but a drop in basis back to where we started.

Folks, this is what buying of physical metal looks like: prices rises by about 30 cents accompanied by a drop in basis from about 2.9% to just over 1.9%.

If this continues, there will be a much higher silver price, relatively soon. Let’s keep an eye on the basis action!

This is a good segue into a topic we see discussed over and over again.

There is even a movement for a gold standard of sorts based on it. This movement accepts the central planning of the Fed, but not the monetary rules of maximizing employment and stable purchasing power of the dollar (George Orwell would be proud/dismayed that this is defined as relentless 2% inflation forever). These gold standardites want the Fed to centrally plan the dollar based on the gold price.

No, it’s not that simple.

The price of gold is not a function of the quantity of dollars. It just isn’t. Not to mention the very practical problem of what Lewis blithely refers to as “you decrease the supply.” Dollars are notoriously tricky to un-borrow once they’re borrowed into existence.

When Will Prices Rise?

Every speculator in the world would love to be able to predict when prices will rise durably, and begin rising faster and faster. To know this, is to know when it will be safe to load up on copper, oil, and soy futures with maximum leverage (and short real estate and stocks and anything else that depends on falling interest rates).

Even the Fed talks a great deal about inflation expectations. In the Keynesian view, one should not look to reality for reasons why prices change. It’s due to animal spirits. So these monetary witch doctors try to communicate with the spirits to understand when the herd of animals will stampede. In their belief, the change in expectations will cause people to cause inflation.

In their theory, people will buy more stuff if they think it will be more expensive in the future. And when prices are falling, people will defer a purchase. If we were inclined to be sarcastic, we would say yeah, just like they deferred all purchases of flat screens, computers, mobile phones, and Levi’s 501 jeans (which fell from $50 in 1983 to $35 now).

Incidentally, this is one of the reasons cited for the gold price suppression conspiracy theory. If the gold price rises then, the thinking goes, people will expect more inflation. And so to head this off at the pass, the government supposedly wants to keep gold down. And thereby avert the disaster of rising consumer prices. This strikes us like pushing sideways on the front tire of a car, in order to turn the steering wheel. And by car, we mean a mining ore truck. 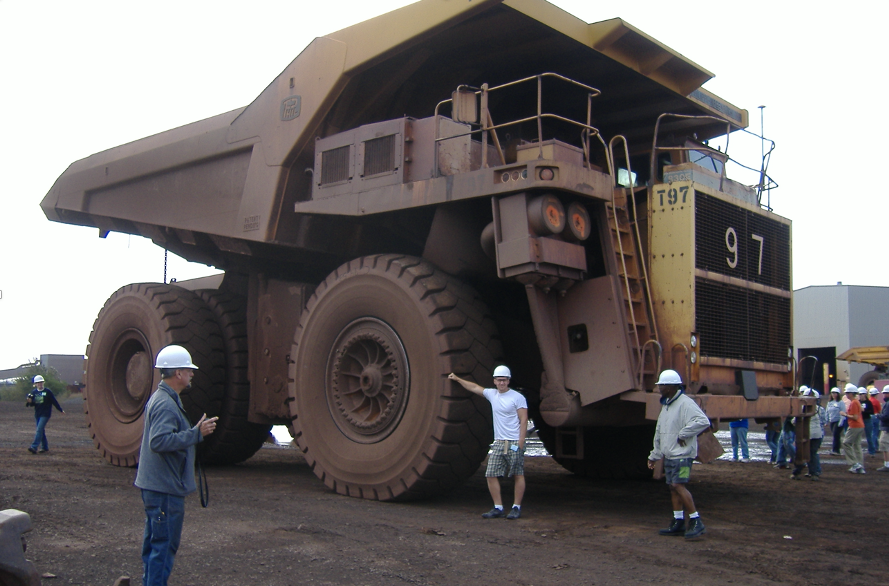 However, we came across an article that illustrates what does cause prices to rise. In fact, there is only one force that causes prices to generally rise in a falling interest rate environment.

Consider this all-too-typical road project in McKinney Texas. In order to repave the road, they had to:

The cost for 1,700 feet of roadway is $2,100,000. Or $1,235 per foot. We don’t know how much of this is due to these four items mandated by regulatory compliance, but we would bet that it is a significant fraction of the total. Assuming 50%, the implication is profound.

It certainly made the price of road improvement in McKinney go up.

And this leads to our next point. This road-building project adds to GDP. It adds to employment (at least while the paving work is being done). It adds to the revenues of major public companies, such as the oil producers and heavy equipment manufacturers. But it is not only unhealthy, it is downright unsustainable.

If the problem were merely rising prices, that could go on forever. But the problem is loading up with more and more debt, which cannot be paid. According to this article, the local tax base cannot even amortize the debt during the lifespan of the road it finances! Much less accumulate enough capital to repave.

The increase in debt—the deficit—is what enables us to live larger than our incomes. And this road project in McKinney illustrates it clearly.

It’s the same thing as supplementing your salary with $5,000 a year in additional spending on credit cards. It makes you feel richer, while you sink deeper into debt and hence, poverty.

Our final point is that this debt is a deflationary powder keg with a lit fuse. The bondholders may invest in McKinney bonds because they need the yield. But whatever the reason, sooner or later, the town will default because as the article says:

When default occurs, that means a pension fund cannot send the checks it owes to retirees, an insurance company cannot send annuity payments, a bank cannot honor its obligation to depositors, etc. Somewhere, creditors who thought they started with $2,100,000 in money good bonds, will discover they have ended up with defaulted paper.

The purchasing power of the dollar may hold steady (or even rise)—but that is small consolation to someone who lost their dollars, which were backed by McKinney road bonds.