Waiting on Confirmation That Lows Are in Place

Rather than go through the various reasons why I believed a low was close, below are some of the tweets I posted over the past week: 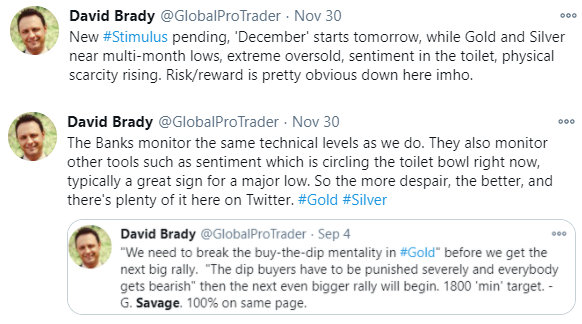 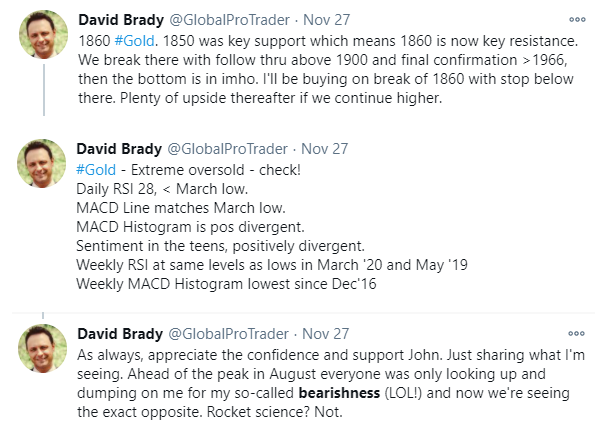 Gold bottomed on November 30. At least, that is how it looks so far. 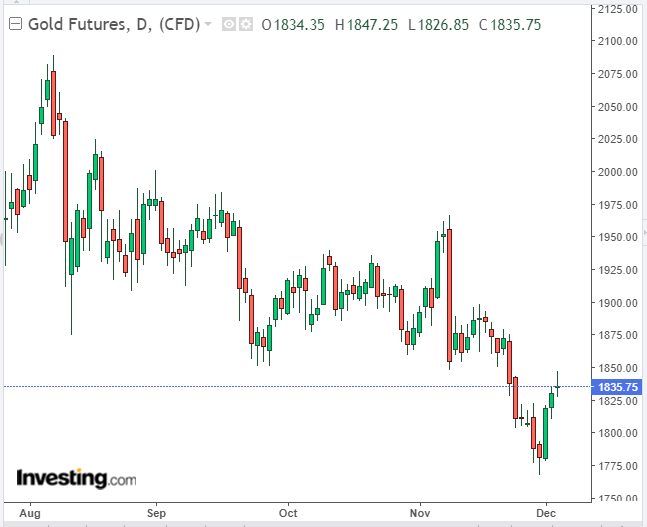 I still maintain that we need to see a break of former support, now resistance, at 1860 to signal the bottom is in place. Confirmation above 1900 and 1966 in particular are the closest we’ll get to certainty.

In the meantime, I am looking for the top of this nascent rally. It may already be in place at 1847 or we could see a test of 1860 first before falling back. In the absence of any major technical support levels, we must turn to Fibonacci as a guide for where the next higher low could be: 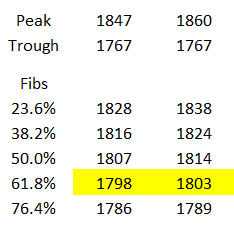 Any one of these could provide the higher low we are looking for, but my preference is for around 1800, the 61.8% retracement, as highlighted above. Frankly as long as we remain above 1767, then I am agnostic to what price Gold decides to turn up from. At that point, we would have our wave 2 in place, following wave 1. However, we would still need to see a break of 1860 or higher depending on what the peak of wave 1 turns out to be. If this scenario plays out as described, then we’re likely heading up to new highs.

Silver is a slightly different animal, as it fell in March to its lowest level since April 2009. Gold did not. Silver has also not broken its prior low on September 24 at 21.81, although I do not rule out that possibility yet. 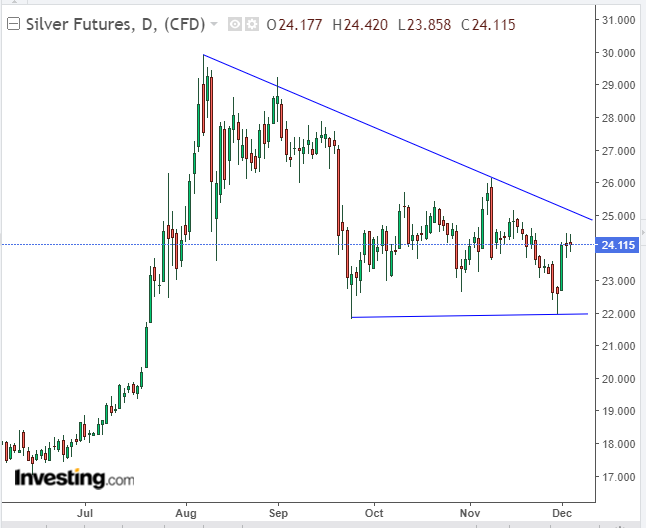 The key resistance on the upside in Silver is 26.14, the prior high on November 9. A break there would indicate the bottom is in place and new highs are on the way.

Ahead of that, Silver has run into resistance at its 50 day moving average around 24.15. If its peak at 24.45 holds, then these are the levels I am monitoring in Silver for the higher low to follow: 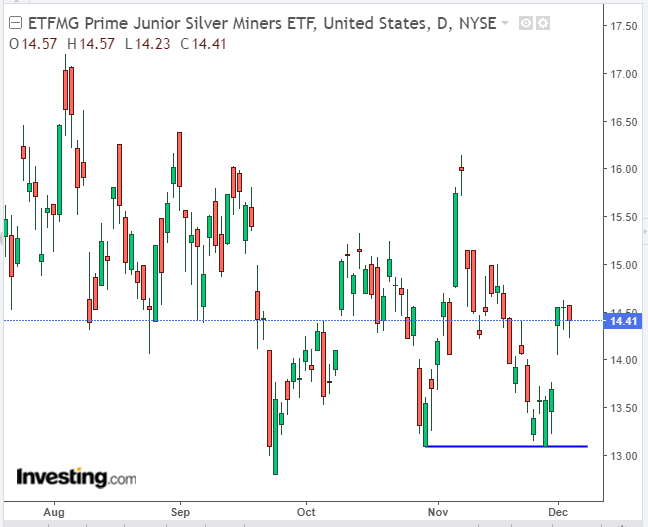 SILJ, like its bigger brother Silver, has not broken down below its low on September 24 at 12.80. It has since established a double higher low at 13.08-13.10. I am now looking for a peak and retracement to anywhere above 13.10, a higher low, followed by a higher high above the previous peak.

At the end of the day, what I am looking for is a peak followed by a higher low then follow thru to the upside breaking the prior peak, i.e., a higher high, signaling the all clear for the move up to new highs across the precious metals and miners complex.

Stepping back to the bigger picture, we got this headline today:

S&P Hits Record, Dow Soars Over 30,000 After McConnell Says "We Can Do This... Compromise Within Reach"

As I have said since July, when we get new and sizeable fiscal stimulus quickly followed by more monetary stimulus, just as we did in March, precious metals and miners will take off again to new highs. It looks like we’re close from a technical, sentiment, Elliot Wave, and fundamental perspective. This isn’t hurting either: 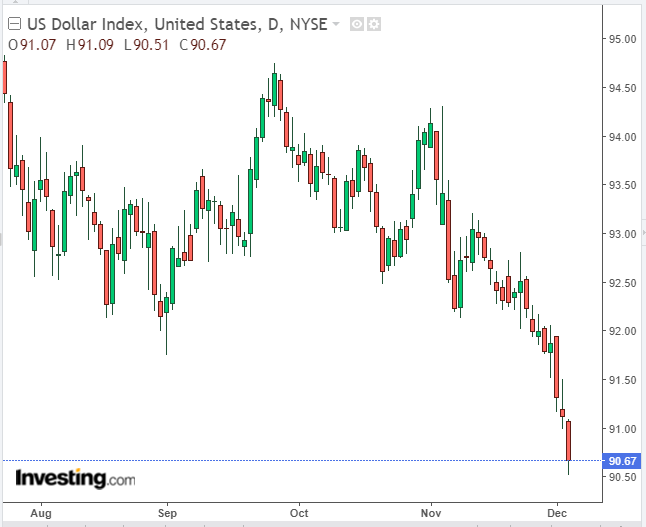